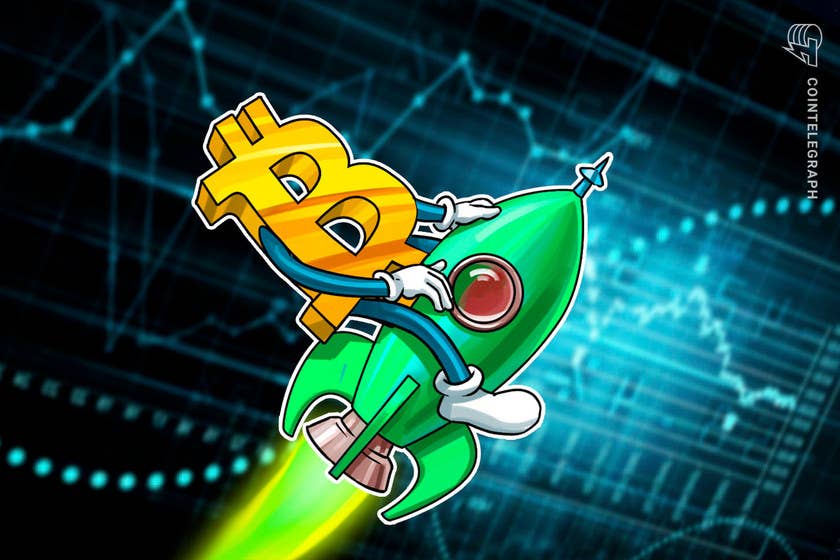 Bitcoin (BTC) is headed to what is arguably a mathematically “programmed” all-time high of $200,000 or more, the latest data hints.

While still lingering below targets such as those of stock-to-flow, BTC/USD is not short on bullish price predictions for both this year and beyond.

RSI, a classic indicator used for identifying overbought and oversold markets at a particular price, is joining them, suggesting that the second phase of the 2021 bull run is just getting started.

Just as Bitcoin price action has gone in four-year cycles, so too has RSI exhibited patterns of behavior through the years.

“Each cycle has had 2 peaks. 2021 now moving toward its second,” TechDev explained.

In each four-year cycle, RSI hits a peak at a level slightly lower to the last – this likewise helps to identify a cycle top slightly in advance. Where BTC/USD will be at the time, however, is a much less exact science.

“We hit that and it’s probably top. Or at least a place to seriously re-evaluate risk.”Bitcoin RSI vs. BTC/USD annotated chart. Source: TechDev/ Twitter

Further figures suggest that the BTC price top this time around could be $200,000 or more.

Related: BTC bull run has ‘at least 6 months to go’ — 5 things to watch in Bitcoin this week

This neatly coincides with the stock-to-flow cross-asset (S2FX) model, which calls for an average price of $288,000 during the current halving cycle ending in 2024.

Creator PlanB has nonetheless said that local highs during that time could easily be double that average, placing Bitcoin at over half a million dollars.