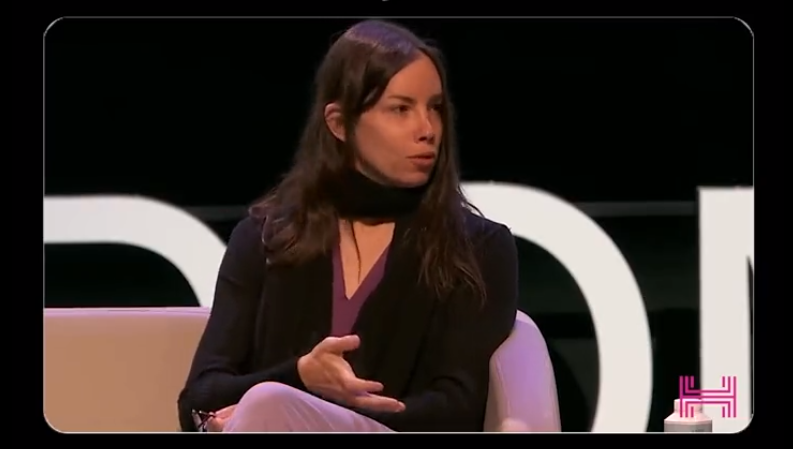 The Oslo Freedom Forum offers another perspective. The value of the bitcoin network becomes self-evident when seen from the standpoint of activists like these or these. This time, though, we pass the mic to a developer, an economist, and an entrepreneur, all American. They give us a one-minute lesson on what makes bitcoin special. An innovation like no other. The Oslo Freedom Forum wasn’t a bitcoin event, but the subject was always present.

The Human Rights Foundation’s Alex Gladstein took the time to cut these short but powerful lessons and Bitcoinist made a commitment to reflect them. Let’s widen the shot and get some perspective into what the bitcoin network brings to the world.

Lightning engineer at Blockstream and educator at Base58, “a bitcoin protocol school,” Lisa Neigut explains the core difference between the bitcoin network and a CBDC system.

“That C in CBDC stand for centralized, right? That means that there’s a central processor that’s going to be seeing every transaction that gets made in this bank currency will have to go through a central processor, which that opportunity has an opportunity to be decided whether or not that’s a transaction or a value exchange that they want to permit we talk about permission there. When you’re using a permissionless system like Bitcoin and the privacy thing is a whole other spectrum within the extent of trackability there’s a difference between being able to be tracked versus being able to actually effectively exchange value and that’s the permissionless which is super core to Bitcoin.”

There’s a huge difference. In fact, one is an innovation and the other is the same thing humanity has been doing for the last hundred years with disastrous results. A permissionless system is a prerequisite for a trustless system, also.

8/ Macroeconomic analyst and investor @LynAldenContact on why Proof-of-Work is Bitcoin’s key innovation and can’t be replaced by Proof-of-Stake: pic.twitter.com/Ipm2ozidQJ

A well-known figure in the bitcoin space, Lyn Alden took it into herself to dismantle the idea that Proof-Of-Stake is a substitute for Proof-Of-Work. The Alden Investment Strategy’s founder and “macroeconomic analyst and investor” accomplished that by describing the “circular logic” that plagues Proof-Of-Stake systems:

“The Proof-Of-Stake essentially relies on circular logic where the largest coin holders determine the state of the ledger and the state of the ledger determines who the largest coin holders are. And so that’s kind of like this perpetual motion machine that only works while it’s continually operating. And for whatever reason, it encounters a bur or an attack and it goes down, restarting that network is very hard because it’s costless to make an infinite number of copies of that ledger.”

And by pointing out an unequivocal truth about Proof-Of-Work systems:

“Whereas Proof-Of-Work, you can’t just go out and make alternative copies of the ledger because it’s self-evident based on the way it’s coded and all the energy that was put into the way it works. It’s self-evident which one is the correct prior ledger. I never make the argument that Proof-Of-Stake is useless, but whatever it’s doing, it’s a very different thing than what Bitcoin’s doing. Basically, Bitcoin without the energy, without the work, is like airplanes with the flight removed. Is taking out the key innovation of what makes it so useful.”

9/ @Core_Scientific founder @DarinFeinstein on how Bitcoin can provide private property rights to people around the world in a way nothing else can match: pic.twitter.com/We8wyxKBFw

In turn, Core Scientific founder Darin Feinstein points out the incorruptible nature of the bitcoin network. And yes, it all has to do with having Proof-of-Work as a consensus mechanism.

“One quick thing on the Proof-of-Stake Stablecoins and Bitcoin Proof-of-Work network. There’s only one of those items that is incorruptible. It’s an immutable ledger, and that’s Bitcoin. You can corrupt from the administrative stage any one of the other projects that exist that people put in the same bucket as Bitcoin.

You cannot corrupt Bitcoin. You cannot alter the records. And that’s all due to the Proof-of-Work consensus mechanism, which are tens or hundreds of thousands of nodes located globally around the world. In order to hack the Bitcoin network, you would have to hack all of the nodes simultaneously, which is impossible. So we have the first unhackable network in human history.”

What’s the implication here? Well, a hard-to-explain fact that bitcoiners have been claiming for a while.

“That means the government can’t hack it, the hackers can’t hack it. And so if you have a bitcoin on your digital wallet and you hold your keys to it, nobody can take it from you. And for human rights people, that is the first time in human history we’ve given private property to 8 billion people on the planet despite what their government says.”

For the first time in history, everybody has the possibility to own private property. It’s hard to put your head around the idea, but Feinstein’s explanation is as good as it gets. Everybody has to figure out the rest in their own heads.