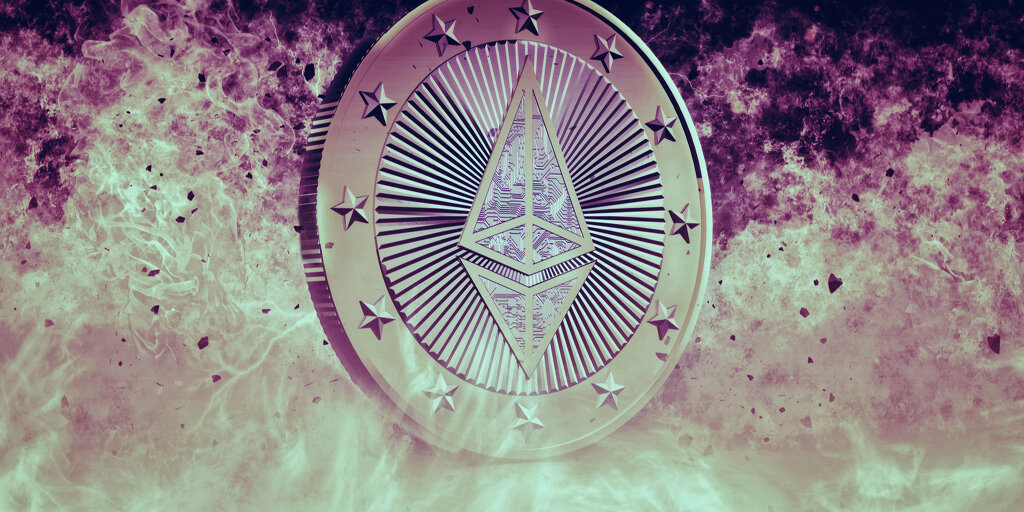 Just over $400 million in ETH has now been burned by a network upgrade that destroys transaction fees instead of handing them to miners. About 200 ETH ($643,000) is being burned per hour.

The milestone was passed at about 10am UTC on Sunday, when 124,865 ETH had been taken out of circulation by the Ethereum blockchain.

The update that burns the ETH, EIP-1559, came into force on August 5. It sought to stabilize Ethereum’s volatile transaction fees and hasten the switch to Ethereum 2.0, the next generation of the Ethereum blockchain.

The fieriest day for ETH burning since EIP-1559 came into force was on August 27, when the network took 11,176 ETH out of circulation ($35.8 million). The traffic-heavy day coincided with high transaction fees, with average fees spiking to $38.3.

EIP-1559 makes mining on Ethereum 1.0 a whole lot less profitable, since fees puff up in smoke instead of going to the miners that validate transactions. It’s still possible to pay miners to speed up transactions but only if users manually tip them.

Ethereum 2.0 gets rid of miners entirely, replacing them with proof-of-stake “validators.” The Ethereum blockchain is expected to switch to the proof-of-stake mechanism by the end of the year, or early next year.

Ethereum 2.0 will change the way Ethereum transactions are processed. Under Ethereum 1.0’s proof-of-work system, miners are awarded the right to validate transactions if they have the most powerful computers.

Under ETH 2.0’s proof-of-stake system, validators win the right to validate transactions if they pledge the most ETH. The Ethereum Foundation expects that Ethereum 2.0 will be 99.5% more environmentally friendly.