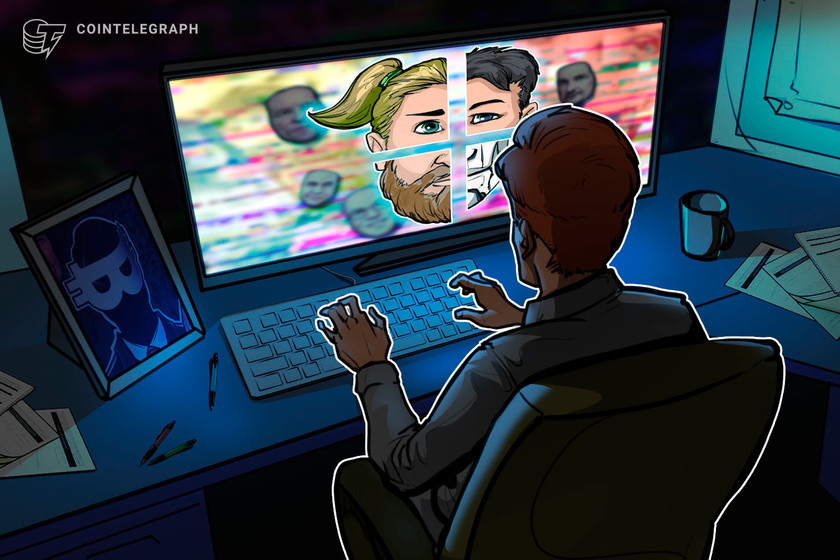 Satoshi Nakamoto is the pseudonym used by the creator(s) of Bitcoin, whose true identity remains unknown. The name was used to author the original Bitcoin (BTC) white paper in 2008 and to create and deploy the first Bitcoin software in 2009. Nakamoto’s true identity has never been revealed, and they have remained an enigma in the world of cryptocurrency. They are estimated to have mined around 1 million BTC in the early days of the network, which would make them one of the wealthiest people in the world.

Some believe that Satoshi Nakamoto is a pseudonym for an individual, while others maintain that it could be a group of people. Below is a list of people believed to be the best possible candidates for the creator, with some having already refused or embraced the identity.

Nick Szabo is a computer scientist, legal scholar and cryptographer known for his research on digital contracts and digital currency. He is credited with developing the concept of smart contracts, which are self-executing contracts with the terms of the agreement written into the code. Szabo first proposed the idea of smart contracts in 1994 in an article titled “Smart Contracts: Building Blocks for Digital Markets.”

Szabo is also known for his work on digital currency and cryptography and is considered a pioneer in digital money. He created a precursor to Bitcoin called “Bit Gold,” which he described in a series of blog posts in the late 1990s.

Szabo speaking at an event. Source: The U.S. Sun

Szabo is considered by many to be a likely candidate for the true identity of Nakamoto, but he has denied it.

Hal Finney was a computer programmer and early Bitcoin contributor. He was one of the first people to run the Bitcoin software and was an active member of the community in the years following its creation. Finney was also a developer of the Pretty Good Privacy (PGP) encryption software, which is widely used to secure email communications.

He was a well-known figure in the Bitcoin community and was recognized for his contributions to its development. He was also a vocal advocate for Bitcoin and wrote extensively on the technology’s potential in various forums and social media platforms.

Finney denied the claims that he created Bitcoin but acknowledged having received the first Bitcoin transaction from Nakamoto. He passed away in 2014 due to complications from amyotrophic lateral sclerosis, a degenerative disease of the nerve cells in the brain and spinal cord that control muscle movement. He was widely respected and honored within the Bitcoin community.

Dorian Nakamoto is a retired Japanese-American engineer and physicist whose name was put forward as a potential Satoshi Nakamoto in a 2014 article by Leah McGrath Goodman in the magazine Newsweek.

Dorian Nakamoto denied the allegations, stating that he had never heard of Bitcoin before the article was published and that he had no involvement in creating the cryptocurrency. He also said he was not fluent in English and felt that the interviewer had taken his statements out of context.

Nakamoto thanks the Bitcoin community in a YouTube video. Source: Dara Kerr/CNET

Despite his denial, the article sparked a media frenzy, with journalists and members of the public staking out Dorian Nakamoto’s home and attempting to contact him for interviews. The attention caused a great deal of stress for him and his family, and he later sought legal advice to deal with the situation. Dorian Nakamoto’s name was later removed from the list of potential candidates. He has been a private person since then, and not much is known about him or his activities.

Craig Wright is an Australian computer scientist and businessman who has publicly claimed to be Nakamoto. Wright first made the claims in 2016 and later provided some technical evidence to support them.

Wright has been a controversial figure in the cryptocurrency community, and his claims to be Nakamoto have been met with great skepticism. Many experts in the field have stated that the evidence presented by Wright is insufficient to prove his claim, and some have accused him of fraud.

Wright is also known for his involvement in various lawsuits and legal disputes, including a multibillion-dollar lawsuit against the estate of Dave Kleiman, a computer scientist and cybersecurity expert who was also considered a potential candidate for Nakamoto, and several conflicts with other members of the cryptocurrency community.

Adam Back is a British computer scientist and cryptography expert who has been involved in developing various blockchain and digital currency projects. He is best known as the creator of Hashcash, a proof-of-work system used to prevent spam and denial-of-service attacks, which was proposed in 1997 and later served as an inspiration for Bitcoin’s mining mechanism.

Back is a respected figure in the blockchain and cryptocurrency industry and has been involved in various projects and companies. He is also an active member of the cypherpunk community, a group of activists and technologists who advocate for using cryptography to protect privacy and civil liberties.

Back has denied being Nakamoto but remains a vocal advocate for privacy and has spoken out against government surveillance and the erosion of civil liberties. He is also known for his research on distributed systems, writing several papers and articles on the subject.

Wei Dai is a computer scientist and cryptographer known for his contributions to the development of digital currency. He is best known for his work on digital cash and electronic payment systems and is considered one of the field’s pioneers.

Dai’s most notable contribution is the creation of B-money, an anonymous, distributed electronic cash system proposed in 1998. The concept of B-money served as an inspiration for the development of Bitcoin, and many of the ideas presented in Dai’s B-money paper were later incorporated into the Bitcoin white paper.

Dai has denied being Nakamoto. He remains a member of the cypherpunk community.

Vili Lehdonvirta is a Finnish economist and researcher on digital culture and economies. He is a senior research fellow at the Oxford Internet Institute of the University of Oxford, where he researches digital labor, platform economies and digital currencies. Lehdonvirta has published several papers and articles on digital currencies and online marketplaces and has been a speaker at various conferences and events on the topic.

Lehdonvirta’s name has been suggested as a potential Nakamoto due to his early research on digital currencies and online marketplaces. However, there is no concrete evidence linking him to the creation of Bitcoin, and Lehdonvirta himself has denied being Nakamoto. He has also been involved in various policy-making processes and has provided expert testimony on digital economy-related issues to governments and international organizations.