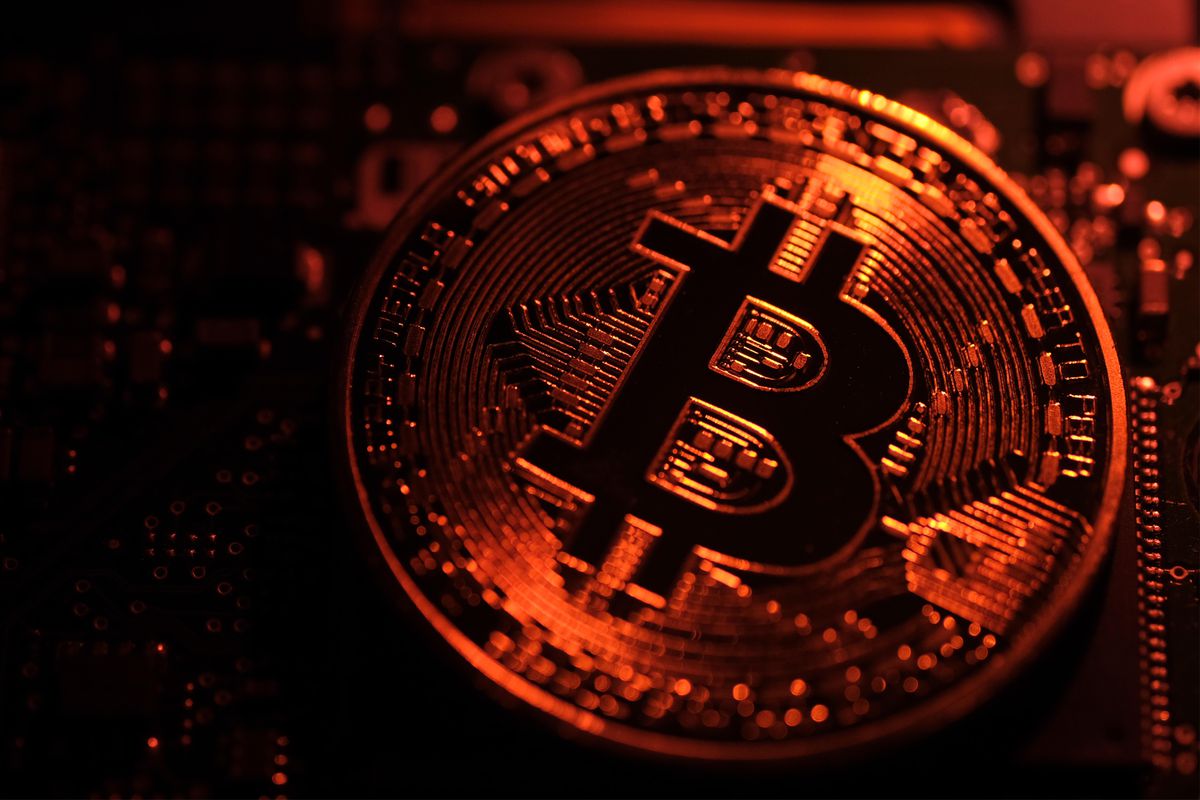 Bitcoin and cryptocurrency traders are looking at a sea of red on exchanges today as major cryptocurrencies dive.

The bitcoin price has dropped from over $35,000 per bitcoin last night to under $33,000, currently down almost 10% on the last 24 hours in a continuation of a sell-off that’s wiped over $100 billion from the total value of the world’s biggest cryptocurrency in a week.

Bitcoin’s slump has dragged on other top 10 cryptocurrencies, with ethereum, Ripple’s XRP, litecoin and cardano all down between 5% and 10%—although polkadot, a rival to the second biggest cryptocurrency ethereum, has managed to hold onto its recent gains.

The bitcoin price has fallen sharply in the last few hours, adding to wider loses over the last week … [+] and dragging on the wider cryptocurrency market.

Polkadot’s dot token has climbed a staggering 450% since August, soaring amid a surge of interest in decentralized finance (DeFi)—using bitcoin and cryptocurrency technology to recreate traditional financial products such as loans and insurance.

The polkadot price exploded in late December and has continued to climb through January, managing to maintain its rally even as bitcoin dropped away from its highs of over $40,000.

While polkadot, along with most other major cryptocurrencies, has benefited from the recent bitcoin price boom, crypto watchers think its rally means polkadot is going to be increasingly competing with ethereum, the blockchain on which most DeFi protocols run.

“While competitors to ethereum are making strides and benefitting from the ongoing market rally, I think it’s very unlikely that these competitors will overcome the network effects that ethereum has built,” Luis Cuende, cofounder of decentralized app platform Aragon, said via email.

“However, until ethereum 2.0 is fully functional, polkadot, cosmos and near are well positioned to capture a meaningful market share.”

The hotly-anticipated launch of ethereum 2.0, expected to improve scalability and security on its network, along with the booming DeFi market that’s almost entirely built on top of ethereum’s blockchain, this week pushed the ethereum price above its early-2018 all-time high.

The polkadot price has managed to hold onto its recent gains, outperforming the wider bitcoin and … [+] cryptocurrency market over the last 24 hours.

As major institutional investors increasingly eye bitcoin, there is growing interest in smaller cryptocurrencies that could play a role in building a more decentralized internet.

“Although bitcoin is viewed as a macro inflation asset, ethereum has the potential to be the foundation for a new decentralized capital market infrastructure,” Seamus Donoghue, vice president of business development at Swiss digital asset infrastructure startup Metaco, said in emailed comments.

“New protocols such as cardano and polkadot are also vying for the foundational infrastructure play but whatever the merits of their protocols need to overcome the significant developer mindshare and network advantage ethereum currently has.”

Bitcoin and ethereum currently make up the vast majority of the global cryptocurrency market value, accounting for around $750 billion of the market’s $950 billion total.

“It is early days but the entire sector is looking cheap compared to bitcoin,” Donoghue added.