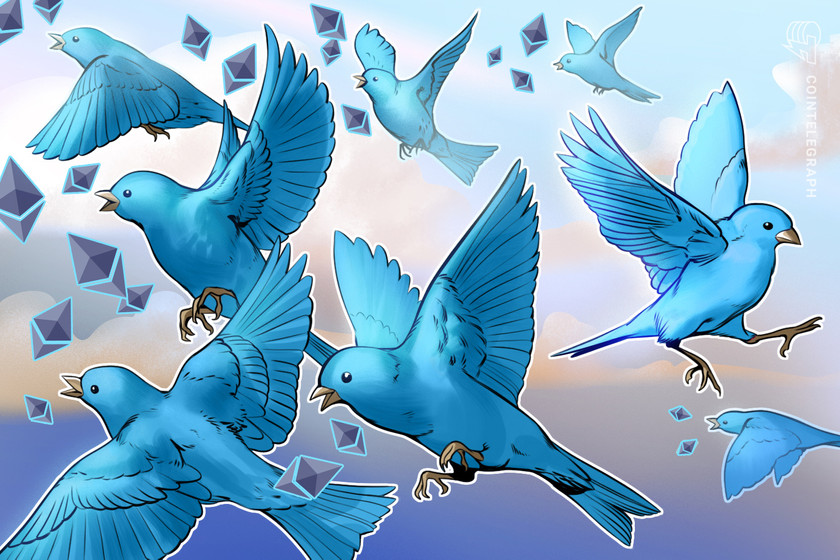 Aave founder Stani Kulechov told his 90,000 Twitter followers on Saturday that his platform should build “Twitter on Ethereum” after Jack Dorsey said he was developing a new Bitcoin (BTC)-centric financial services platform with striking similarities to Aave.

Since @jack is going to build Aave on Bitcoin, Aave should build Twitter on Ethereum

Dorsey tweeted Thursday that Square Inc., his mobile payment company, was creating a new business “focused on building an open developer platform with the sole goal of making it easy to create non-custodial, permissionless, and decentralized financial services.”

Square is creating a new business (joining Seller, Cash App, & Tidal) focused on building an open developer platform with the sole goal of making it easy to create non-custodial, permissionless, and decentralized financial services. Our primary focus is #Bitcoin. Its name is TBD.

The tweet, which has received over 34,000 likes at the time of publication, indicated that Bitcoin would be the primary focus.

In his response, Kulechov implied that Dorsey’s business idea is similar to Aave, an open-source, non-custodial DeFi protocol that enables users to borrow assets and earn interest on deposits. While it’s not entirely clear whether Kulechov’s Twitter-on-Ethereum plan is serious, he said Aave co-founder Jordan Lazaro Gustave would lead the effort.

@JordanLzG will lead this effort

Aave has emerged as one of the most popular DeFi protocols on the market, with demand for its services growing even among traditional investors. As Cointelegraph reported, Aave has plans to launch a permissioned version of its platform for institutional investors as early as this month.

Dorsey’s plan to bring DeFi to Bitcoin follows an announcement from early June that Square is exploring the development of an open-source BTC hardware wallet. The entrepreneur has reiterated the importance of self-custody and the need to onboard new crypto users through mobile technology.