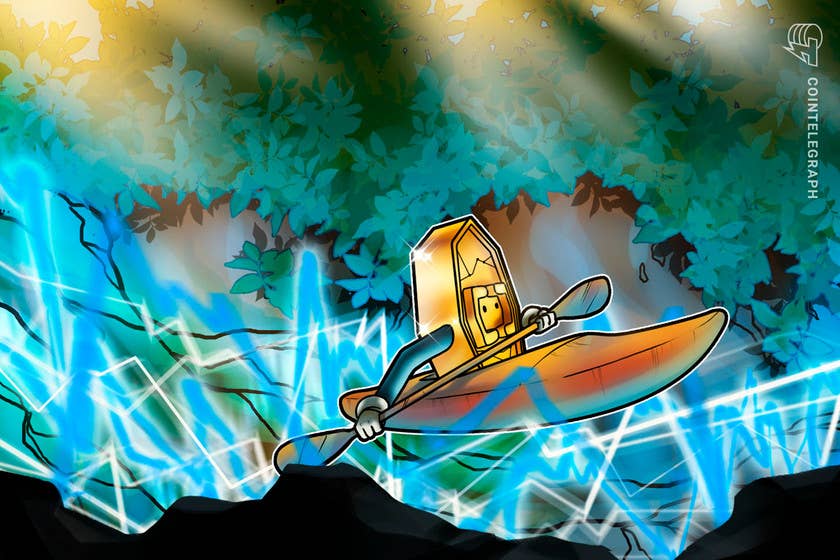 The sharp correction that threatened to pull Bitcoin and altcoin prices back toward their sing lows appears to have dissipated now that Evergrande informed investors that it intends to make an on-time payment on its debt. With global markets feeling reassured, major equities, Bitcoin and altcoins prices all saw a rebound at the market open.

Data from Cointelegraph Markets Pro and TradingView shows that the biggest gainers over the past 24-hours were Livepeer (LPT), COTI (COTI) and Axie Infinity (AXS).

Livepeer lists on the Web3 Index

Livepeer is an Ethereum-based decentralized video streaming network that aims to be an alternative to traditional broadcasting solutions.

VORTECS™ data from Cointelegraph Markets Pro began to detect a bullish outlook for LPT on Sept. 21, prior to the recent price rise.

As seen in the chart above, the VORTECS™ Score for LPT began to pick up on Sept. 20 and reached a high of 71 on Sept. 21, around 19 hours before the price spiked by 36% over the next day.

The jump in price for LPT comes following the launch of the Web3 Index which included Livepeer as one of the initial projects, helping to boost the visibility for the project.

COTI, an enterprise-grade fintech platform focused on decentralized payments, is the second-largest gainer of the past 24-hours.

VORTECS™ data from Cointelegraph Markets Pro began to detect a bullish outlook for COTI on Sept. 21, prior to the recent price rise.

As seen in the chart above, the VORTECS™ Score for COTI climbed into the green on Sept. 2 and reached a high of 77 around 10 hours before the price spiked by 35% over the next day.

The recovery in the price of COTI comes following the release of the COTI treasury technological whitepaper and the token’s listing on Crypto.com.

Related: Avalanche recovers from Evergrande-led sell-off as AVAX rebounds over 30%

According to data from Cointelegraph Markets Pro, market conditions for AXS have been favorable for some time.

As seen in the chart above, the VORTECS™ Score for AXS was in the green zone for the majority of the past week and reached a peak of 82 on Sept. 20, around 24 hours before its price climbed 33% over the next day.

The jump in price for AXS followed the token’s listing on Bitfinex, an announcement that was registered by the Cointelegraph Markets Pro ‘NewsQuakes™’ alert system around 15 hours before its price began to rise.