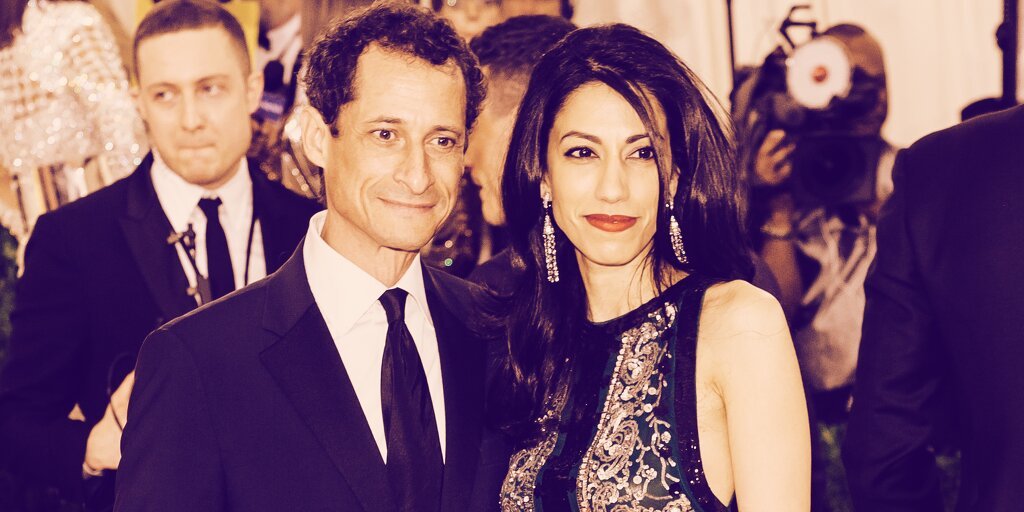 Disgraced politician Anthony Weiner is considering getting into NFTs. Once a prominent congressman, Weiner was involved in a series of sexting scandals that ended his career and led to a jail sentence.

Erstwhile politician Anthony Weiner is considering getting into the NFT game, a New York Times media column revealed on Sunday.

The Times’ Ben Smith has the goods; here’s the relevant passage: He could make an NFT, he said, of the errant tweet that began his long spiral in 2011. He could make an NFT of the search warrant for his laptop, or of the email his old friend, the comedian Jon Stewart, wrote to apologize for making fun of his troubles, or of the check that Mr. Trump wrote to one of his earlier campaigns.

For context: Anthony Weiner was once a respected congressman in New York. His career was derailed by a series of sexting scandals that ended his time in congress, his run for NYC mayor in 2013, and his marriage to Huma Adebin, a close associate of Hilary Clinton. A documentary, fittingly titled Weiner, tracked the embarrassments of his campaign.

In 2016—11 days before the U.S. presidential election—it was announced that the FBI was reopening its investigation into then-presidential candidate Clinton, after discovering some of her emails on Weiner’s laptop. (They’d been looking into Weiner separately, regarding allegations of sexting exchanges with a 15-year-old girl.)

Some analysts even think the timing of the Weiner investigation and subsequent email discoveries cost Clinton the election.

Weiner more or less disappeared from public life after pleading guilty to sexting a minor in 2017, and spending two years in prison.

NFTs, or non-fungible tokens, are blockchain-based tokens (usually on the Ethereum blockchain) meant to show ownership of a digital collectible (often files like GIFs or JPEGs), and they created a media and buying frenzy in February and March of this year. Celebrities, athletes, artists, and musicians have framed NFTs as a way to “reclaim ownership” over certain aspects of their lives by selling them on the internet. The cartoonist behind the “Nyan Cat” GIF made millions on an NFT, and Emily Ratajowski sold an NFT called “Buying Myself Back: A Model for Redistribution” at Christie’s for $175,000.

Weiner, too, sees an opportunity. “Cashing in would be nice,” he told the Times.

Weiner is currently selling countertops, but a potential move into NFTs wouldn’t be that surprising—Anthony Scaramucci, once a top Trump aide, has already established a playbook for disgraced political staffers looking to shill crypto.

Could Eliot Spitzer be next?