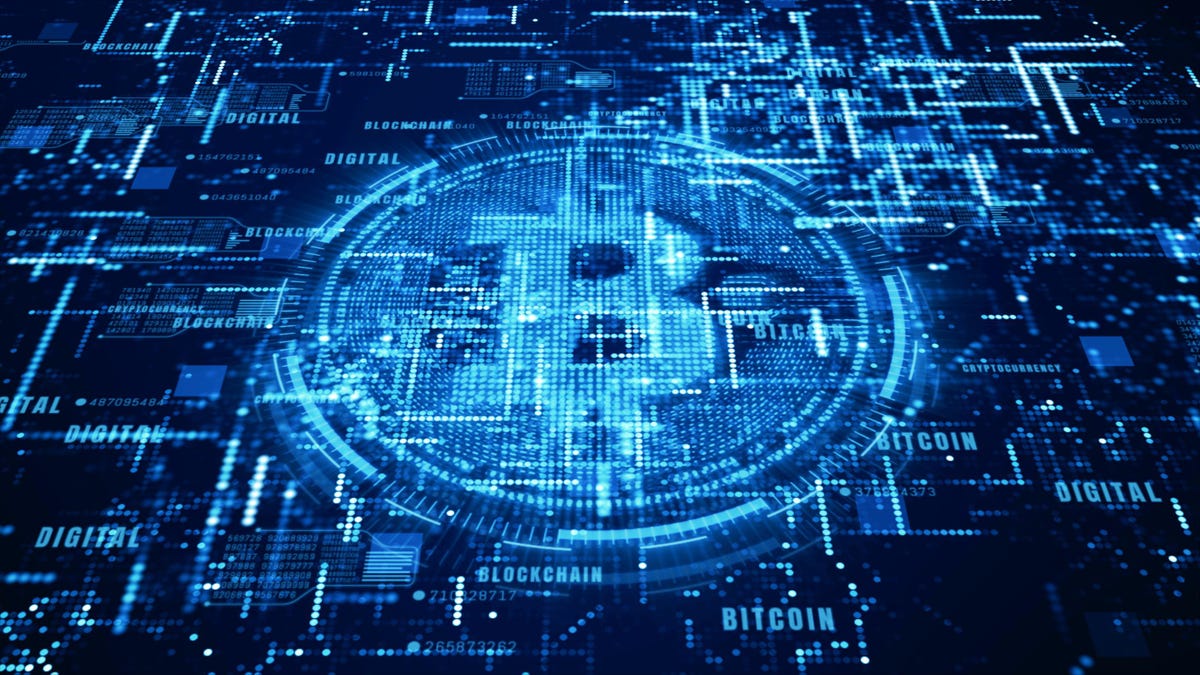 Bitcoin prices fell to their lowest since late June today as they tested the bottom of their current … [+] range.

Bitcoin prices, which have been trading largely between $30,000 and $42,000 for close to two months, have been repeatedly testing the bottom of this range lately.

Earlier today, the world’s most prominent digital currency fell to as little as $30,426.88, according to CoinDesk data.

At this point, it was trading at its lowest since June 26, additional CoinDesk figures show.

“The descending triangle is a bearish formation that usually forms during a downtrend as a continuation pattern,” according to StockCharts.com.

These formations are “bearish patterns that indicate distribution,” or selling of an asset.

“Descending triangles are a very popular chart pattern among traders because it clearly shows that the demand for an asset, derivative or commodity is weakening.”

“When the price breaks below the lower support, it is a clear indication that downside momentum is likely to continue or become even stronger,” the piece added.

Several experts spoke to this situation, offering some key technical analysis that investors might use.

“There definitely is a descending triangle on the daily chart,” said Jake Wujastyk, chief market analyst of TrendSpider.

“This is generally looked at as a bearish continuation pattern but can break to the upside in some cases.”

“I would generally agree” that bitcoin has entered a descending triangle, he said.

“However the support levels in the $30k range have held despite repeated tests.”

“If the descending triangle starts to break down through the previous lows, market participants should watch for a move down to the Covid crash anchored VWAP below around $26,500,” stated Wujastyk.

“Based on Bitcoin’s seasonality over the last 5 years shown on TrendSpider, August has one of the lowest win rates of the year at 20%,” said Wujastyk.

“This means that since 2016, only 1 of 5 August monthly closes has been higher than the July close.”

“A combination of the bearish technical setup and low win rate for August would suggest a move further down rather than up into the rest of the 3rd quarter.”

He noted that compared to May and June, the digital currency has a far greater chance of falling below $30,000.

Balani emphasized that if bitcoin “BTC breaks below $30,000 convincingly,” it could experience “sharp moves on the downside.”

While the analysts who contributed input for this article frequently offered bearish commentary, they did highlight several developments that could prove bullish.

“If the descending triangle breaks out to the upside, market participants should watch for a move up to test the ‘all-time high anchored VWAP’ around $42,000,” said Wujastyk.

Past that, in the short-term, concerns about the digital currency suffering further losses may be overblown, according to Katie Stockton, the founder and managing partner of Fairlead Strategies, LLC.

“I see where they’re seeing the triangle,” she said regarding the analysts who are reading bitcoin’s recent price movements as being contained within a descending triangle.

“I label it as a consolidation phase,” said Stockton.

“It’s ‘ripe for a shakeout’ in my opinion,” she stated, referring to a situation where weaker hands sell and stronger hands swoop in and buy.

In other words, the support that bitcoin has close to $30,000 may hold up after all.