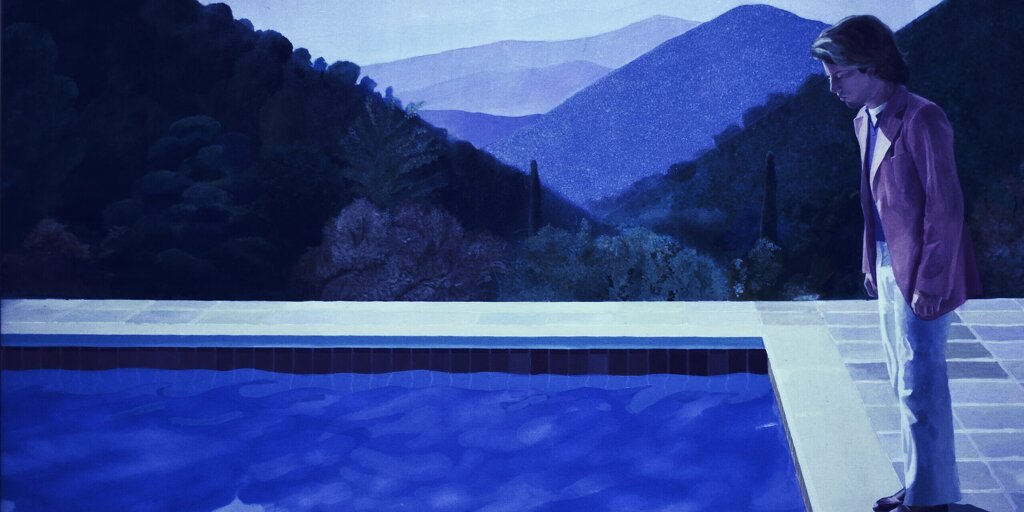 David Hockney, the most expensive living artist, is no fan of NFTs, but he also admits to not understanding how they work. Hockney, also a digital artist who prints out his work, said Beeple’s record-breaking NFT work is “silly.”

The sale of Beeple’s artwork for $69.3 million last month made him the third most valuable living artist, behind only Jeff Koons and David Hockney.

Hockney, the most valuable living artist, is no fan of NFTs. He calls them “ICS”—a scheme for international crooks and swindlers.

“What is it that they’re owning? I don’t really know,” he said on yesterday’s episode of Waldy and Bendy’s Adventures in Art, an art podcast hosted by Waldemar Januszczak, art critic of The Sunday Times, and Bendor ‘Bendy’ Grosvenor, art historian and TV presenter.

Hockney couldn’t care less about NFTs. “I’m not looking for money,” he shrugged.

Understandably: Hockney, 83, has an estimated net worth of $150 million. His best-known artwork, Portrait of an Artist (Pool with Two Figures), sold in 2018 at an auction for a record $90.3 million, making him the most highly valued artist.

He doesn’t think they make much sense at all. “Things can get lost in the computer, can’t they?” he said on the podcast.

“And they will be, in the future, lost in the computer, even when the cloud gets going. There’s going to be so much on it, how will you find it?”

The podcast hosts did not care to explain what a blockchain is—and how NFTs live forever on the network.

But Hockney has a point: NFTs, effectively immutable links to URLs, are redirecting users to sites that no longer host the artwork the NFT represents.

Hockney’s no fan of newcomer Beeple.

Beeple’s EVERYDAYS: THE FIRST 5000 DAYS sold last month for $69.3 million at Christie’s, the auction house at which Hockney sold his $90 million piece in 2018.

“I saw the pictures, but it just looked like silly little things,” he said of Beeple’s artwork. “I couldn’t make out what it was.”

This NFT sold for $69 million at Christie’s. Image: Beeple

Hockney is also a digital artist—he creates his artwork on an iPad. But unlike Beeple and many other NFT artists, he prints them all out.