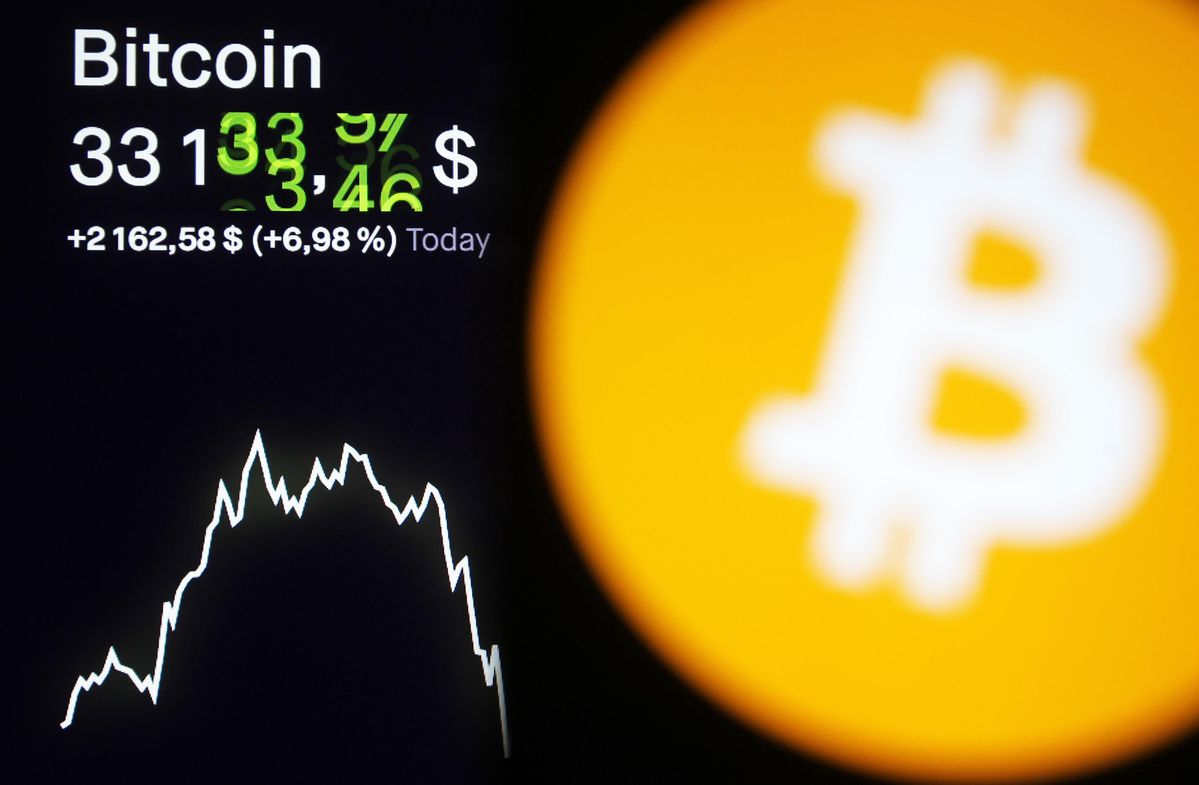 Bitcoin, after surging non-stop for the last few weeks, has finally taken a breather.

The bitcoin price has dropped around 15% in the last 24 hours, dragging down the wider cryptocurrency market and wiping billions of dollars from major tokens ethereum, Ripple’s XRP and litecoin. Bitcoin briefly fell to under $35,000, down from $42,000 just a couple of days ago, before slightly rebounding.

As the bitcoin and cryptocurrency market wobbles, the U.K. financial watchdog has issued a stark to people considering jumping onto the crypto bandwagon—they “should be prepared to lose all their money.”

The bitcoin price has added almost 300% to its value in the last few months, taking the combined … [+] value of the world’s biggest cryptocurrencies, including ethereum, Ripple’s XRP, and litecoin, to over $1 trillion.

“Investing in crypto-assets, or investments and lending linked to them, generally involves taking very high risks with investors’ money,” the U.K.’s Financial Conduct Authority said in a statement.

“If consumers invest in these types of product, they should be prepared to lose all their money. As with all high-risk, speculative investments, consumers should make sure they understand what they’re investing in, the risks associated with investing, and any regulatory protections that apply.”

The bitcoin price has climbed to all-time highs of over $40,000 per bitcoin in the last week, soaring as institutional investors warm to the cryptocurrency and payments giants such as PayPal PYPL add their support.

Elsewhere, ethereum, the world’s second largest cryptocurrency after bitcoin, has recorded a fresh all-time high three years after its 2017 boom and subsequent bust.

The rally saw the value of the bitcoin and cryptocurrency market cross $1 trillion for the first time.

The bitcoin price was pushed above its 2017 high of $20,000 per bitcoin in December after London-based Ruffer Investment Management revealed a $745 million bitcoin bet. Massachusetts Mutual Life Insurance had announced it purchased $100 million in bitcoin for its general investment fund the week before.

The bitcoin price bull run was sparked in October by payments giant PayPal’s  PYPL  announcement that it would begin to support bitcoin and a handful of smaller cryptocurrencies. Bitcoin’s price has tripled in value since then—with many in the cryptocurrency community predicting it will continue to climb.

“Much has been made of the fact that Ruffer, an investment company known for its conservative investment style, recently invested in bitcoin for the first time,” Laith Khalaf, financial analyst at AJ Bell, said in emailed comments.

“However, it’s important to note that the investment manager only invested around 2.5% of a portfolio that is otherwise invested in more traditional assets. Even if things go wrong in the cryptomarket, they have protection in their other investments.”

MORE FROM FORBESElon Musk, The World’s Richest Man, Wants To Be Paid In BitcoinBy Billy Bambrough

The bitcoin price has dropped some 14% over the last 24 hour trading period, knocking ethereum, … [+] Ripple’s XRP, litecoin and other major cryptocurrencies.

“Perhaps betraying it wares as a risk-asset itself, bitcoin and other cryptocurrencies are coming under selling pressure too today, as the upward momentum in prices begins to diminish, and even threaten to roll-over,” Kyle Rodda, market analyst at IG, said in emailed comments.

“Bitcoin is always a victim of thin liquidity, so much like last week, the dip so far seen in the cryptocurrency could be quickly bought come this evening when trading conditions become a little healthier. Of course, after such an extraordinary rally in recent weeks, to historically overbought levels, bitcoin is arguably another asset overdue for a pullback.”

Bitcoin’s 2020 boom was heralded by, a number of high-profile investors, led by the famed Paul Tudor Jones, naming bitcoin as an emerging inflation hedge, using to it protect against what they see as the damage being done to the stability of the dollar by unprecedented government spending and money-printing.