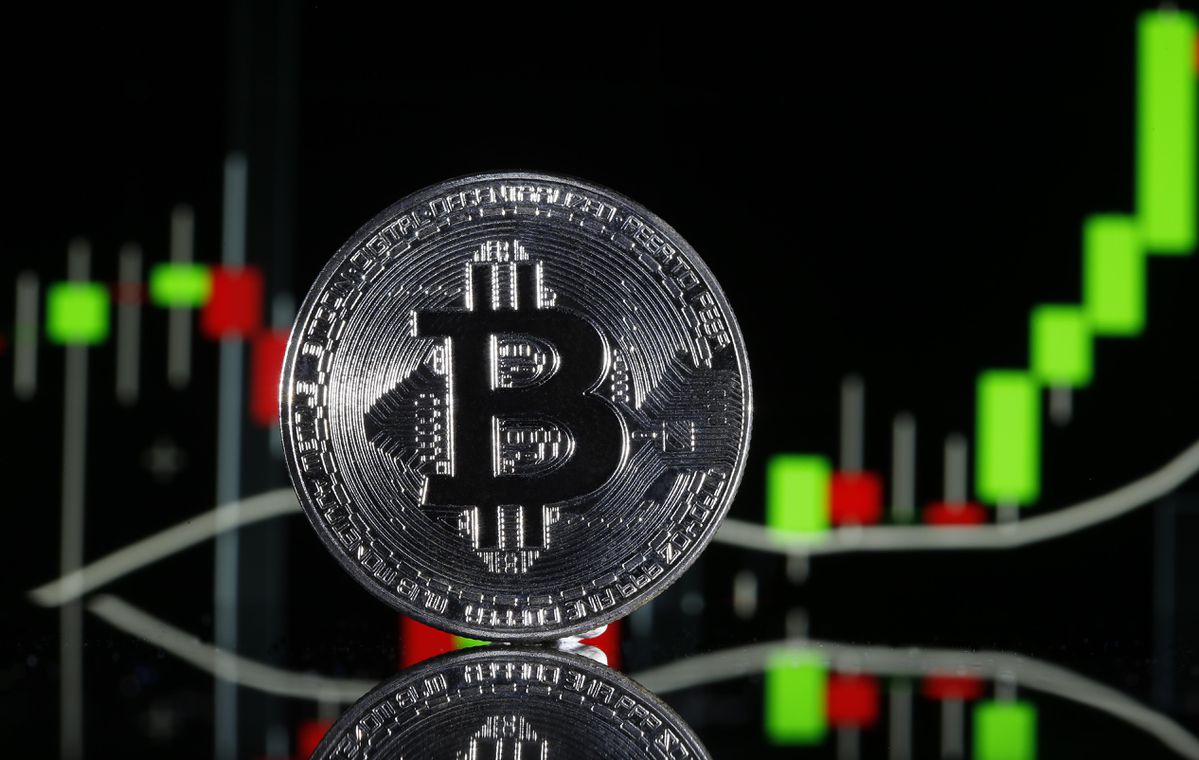 The bitcoin price, now up almost 250% since October, has confounded many who had warned it was poised for an immediate and steep correction.

Now, Scott Minerd, chief investment officer of the multi-billion dollar investment giant Guggenheim Partners, has predicted bitcoin could climb as high as $600,000 per bitcoin—a price that would make bitcoin’s total value around $12 trillion.

The bitcoin price has surged to an all-time high in recent weeks, peaking at just over $40,000 per … [+] bitcoin–but some think it’s poised to climb far higher.

“We’ve been looking at bitcoin for almost 10 years, but the size of the market wasn’t big enough to justify institutional money,” Minerd told CNN’s Julia Chatterley this week. “As the total market cap of bitcoin got bigger, around $10,000 [per bitcoin], it started to look very interesting.”

The bitcoin price has soared around 250% since October, surging to over $40,000 per bitcoin in January and climbing above the psychological level again this weekend. The blistering bitcoin rally has largely been put down to institutional investors warming to the cryptocurrency and payments giants such as PayPal PYPL  and Visa adding their support—though bubble fears have emerged.

“Cryptocurrency has come into the realm of respectability and will continue to become more and more important in the global economy,” Minerd said.

Elsewhere, others have echoed Minerd’s bullish bitcoin predictions, praising bitcoin’s fixed supply of just 21 million bitcoin tokens. One River Asset Management chief executive Eric Peters has said he believes that bitcoin will eventually be worth more than gold, putting its value at approximately $500,000 per bitcoin. The total value of the world’s gold market is currently placed at around $12 trillion, with gold priced at around $1,800 per ounce.

“[Cryptocurrencies] are really interesting in the sense that they’re a new asset class altogether,” Peters told Bloomberg last week, adding they “have some unique qualities, part of which resemble the qualities that you’d find in gold except that they’re wildly underpriced relative to gold.”

One River Asset Management now holds bitcoin worth “well over” $1 billion, according to Peters.

“[Bitcoin is] unlike any asset that I’ve seen in the world in the sense that there’s no supply response to the price,” Peters added. “If bitcoin went up five times in value, or 10 times, or 100 times, there wouldn’t be more bitcoin produced. You can’t say that about really any other asset in the world.”

Bitcoin’s market capitalization—the total value of all bitcoin tokens in existence—has climbed above $700 billion, up from under $200 billion this time last year. The rapid rise in bitcoin’s market cap means bitcoin’s total value is now greater than investment giant Berkshire Hathaway BRK.B and smartphone-maker Samsung—with Facebook and Tesla only slightly ahead.

“We did a lot of fundamental research, if you consider the supply of bitcoin relative to the supply of gold in the world and what the total value of gold is, if bitcoin were to go to those kind of numbers we’d be talking about $400,000 to $600,000 per bitcoin,” said Minerd. “Now, I’m not saying we’ll ultimately get there, but that’s an indication of what might be a fair value.”

After peaking last month, the bitcoin price has begun to climb again this week, briefly passing the … [+] $40,000 per bitcoin level yesterday before slipping back.

However, Minerd, whose firm has filed with the U.S. Securities and Exchange Commission (SEC) to invest in bitcoin via Grayscale’s bitcoin trust, warned he expects bitcoin to see some retracement before it resumes its climb higher.

“If you consider that in the course of the month we went from $20,000 to $40,000 on bitcoin, that smacks of short-term speculation,” said Minerd, pointing to institutional support from the likes of BlackRock BLK  that’s “just coming online” as “not being big enough to support [bitcoin’s] valuation at its current levels.”

“Bitcoin has had a lot of times where it’s had setbacks of 50% and I wouldn’t be surprised to see that again,” Minerd added.