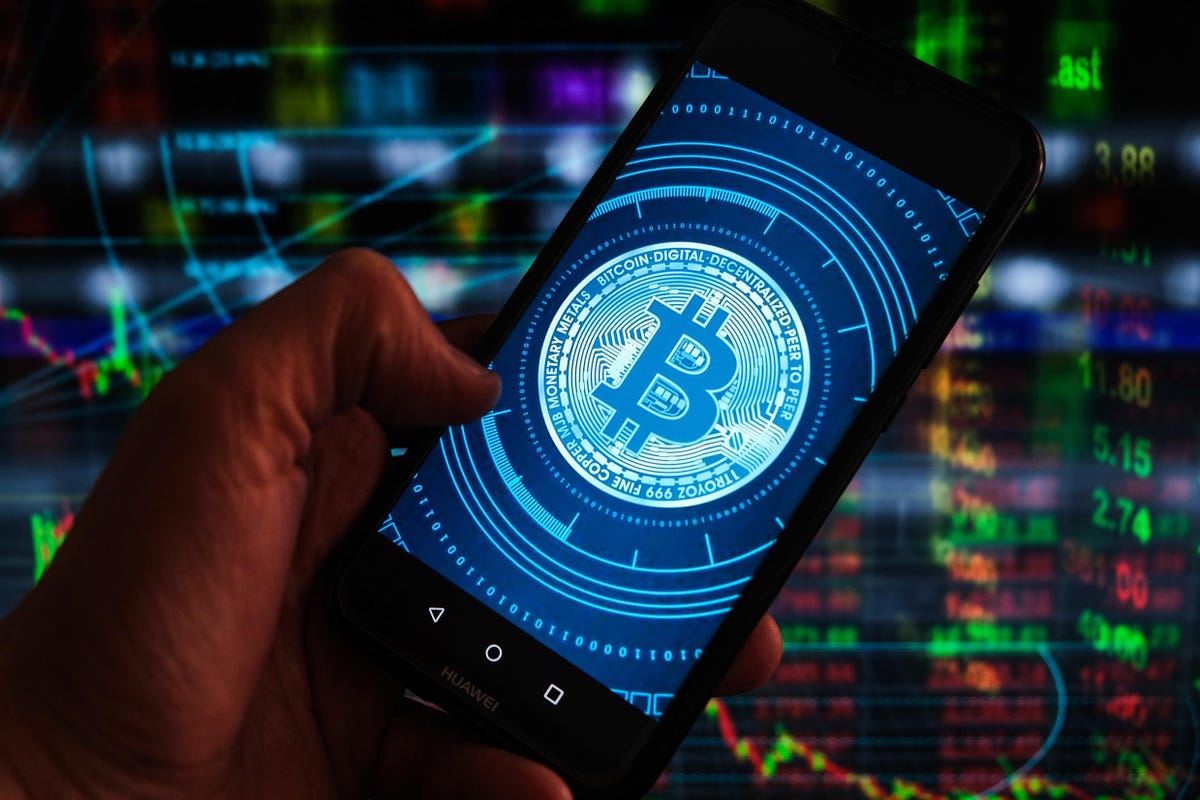 Bitcoin soared through much of 2021, helped on by the likes of Tesla TSLA and El Salvador embracing the cryptocurrency (though Tesla CEO Elon Musk is increasingly backing the meme-based dogecoin).

The bitcoin price, hitting an all-time high of almost $70,000 per bitcoin in November, has since crashed back, losing around 40% of its value and wiping $1 trillion from the combined crypto market.

Now, Wall Street giant Fidelity has said other countries and even a central bank could follow El Salvador and Tesla into bitcoin this year—predicting those that buy bitcoin while the price is low “will be better off competitively than their peers.”

The bitcoin price has struggled over the last two months, losing almost 40% of its value.

“There is very high stakes game theory at play here, whereby if bitcoin adoption increases, the countries that secure some bitcoin today will be better off competitively than their peers,” Fidelity analysts Chris Kuiper and Jack Neureuter wrote in a note, adding they “wouldn’t be surprised to see other sovereign nation states acquire bitcoin in 2022 and perhaps even see a central bank make an acquisition.”

“I agree with Fidelity, of course, but still astonishing to read this on bitcoin adoption game theory in such a mainstream financial report,” bitcoin advocate Alex Gladstein, chief strategy officer at the Human Rights Foundation, said via Twitter.

In September, El Salvador made bitcoin its official currency alongside the U.S. dollar and began buying bitcoin. This year, the country has said it will buy another $500 million worth of bitcoin, funded by the issuance of $1 billion worth of tokenized bonds, and plans to create an ultra low tax “Bitcoin City.”

Politicians in other countries are watching El Salvador’s bitcoin experiment for signs of success and some have said they’d consider a similar move if it pays off.

The bitcoin price swung wildly through 2021, twice peaking and crashing as individual investors, … [+] companies and even countries piled into bitcoin.

“Even if other countries do not believe in the investment thesis or adoption of bitcoin, they will be forced to acquire some as a form of insurance,” the Fidelity analysts wrote. “In other words, a small cost can be paid today as a hedge compared to a potentially much larger cost years in the future.”

The bitcoin price has surged almost 400% since this time two years ago, with the combined crypto market soaring from around $200 billion to $2 trillion. However, the bitcoin price remains highly volatile, twice last year crashing 40% from its peaks even as Wall Street analysts are forecasting increased bitcoin and crypto adoption.

Bitcoin and cryptocurrencies are set for greater acceptance from mainstream investors and companies this year, JPMorgan JPM equity research analyst Kenneth Worthington wrote in a note to clients last week, it was reported by Coindesk.

Bitcoin is “particularly well-designed as a modern store of value, and the strong design has contributed to the increased confidence in and value of bitcoin,” Worthington wrote, predicting 2022 will be “the year of the blockchain bridge (driving greater interoperability of various chains) or the year of financial tokenization.”