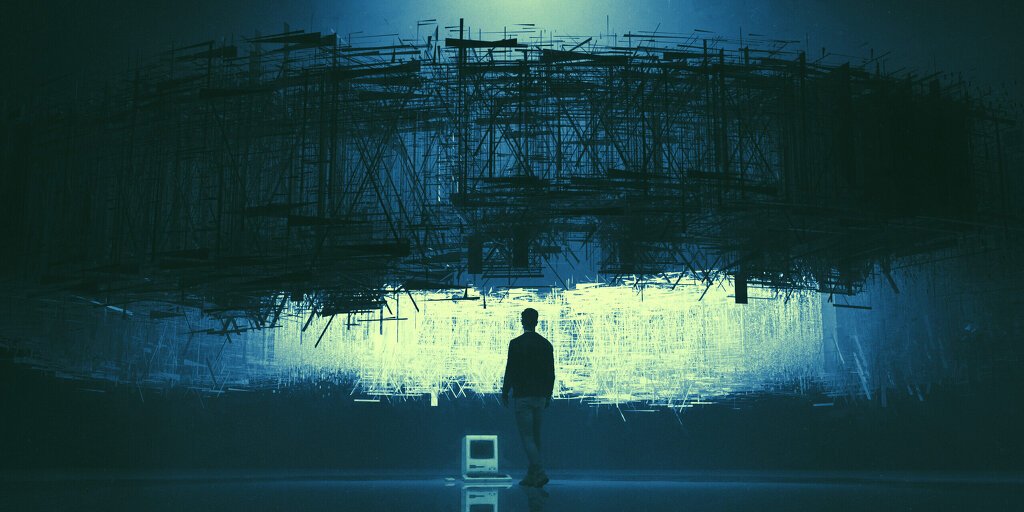 Render Network, a peer-to-peer service for providing 3D rendering power, has raised $30 million. Leading NFT artist Beeple is an advisor to Render Network, which other notable NFT creators use as well.

Render Network’s blockchain-driven 3D rendering network has been used by an array of creators during this year’s NFT market boom, including famed artist and advisor to the project, Mike “Beeple” Winkelmann. Now, with an eye toward the growing metaverse, Render Network has announced a fresh round of funding.

Led by Multicoin Capital, Render Network’s “strategic” funding round also featured participation from the Solana Foundation, Alameda Research, Sfermion, and angel investors Bill Lee and Vinny Lingham. Multicoin confirmed to Decrypt that it is a $30 million round, bringing Render’s total funding to date to $50 million.

Render Network is a decentralized, peer-to-peer network that lets users tap into remote rendering power, which is needed to bring 3D visuals to life for artwork, videos, and games. Users can transact with the network’s RNDR token to purchase rendering power provided by other users’ computers via the GPU, or graphics processing unit.

It’s similar in approach to cloud rendering services provided by Google and Amazon, albeit without a centralized party in the middle. Render Network allows individual creators and small studios to tap into significant amounts of distributed rendering power without the potentially sizable expense of building a local rendering farm.

Jules Urbach, founder of Render Network and CEO of OTOY—creator of OctaneRender software—told Decrypt that an estimated $800 million worth of NFTs sold to date have tapped into Render Network for 3D rendering needs. In addition to Beeple, notable NFT artists such as Pak, FVCKRENDER, and Blake Kathryn use Render Network.

Urbach said that such on-demand rendering power makes it possible for creators to generate thousands of 3D-rendered NFT images in less time and at less cost than rival options. “When you have really cheap GPU power and you want to render something 5,000 times—and the cost is 1/100th what it was before—that becomes tractable,” he explained.

An NFT is effectively a deed of ownership to a unique digital item, including images, video files, video game objects, and more. The market swelled in 2021, with an estimated $22 billion worth of trading volume so far this year, per data from DappRadar.

Over time, Urbach anticipates further demand for Render Network as the metaverse takes shape. The metaverse refers to a future vision of the internet in which users interact with 3D avatars in immersive, shared spaces. Facebook is betting big on the metaverse, as are an array of crypto startups and projects. NFTs are seen as a key building block for the metaverse.

Urbach anticipates more metaverse-centric ways to tap into on-demand GPU rendering power, whether it’s streaming interactive worlds that NFT collectors can experience and play within, or even developing methods to handle ticketing and ad revenue opportunities within metaverse spaces.

Beeple is arguably the best-known NFT artist today, thanks in large part to his single NFT sale for $69.3 million at Christie’s auction in March. Urbach said that his influence on Render Network and OTOY since joining as an advisor to both has been “huge,” particularly as Beeple seeks to expand and redefine what the term NFT can represent.

“He is very, very motivated to take the idea of what NFT is […] and flip that on its other side,” said Urbach. He pointed to Beeple’s recent $29 million sale of HUMAN ONE, a physical piece and “digital sculpture” of sorts that uses holographic displays to depict a person walking through ever-changing environments. It comes with an NFT collectible.

Beeple has also helped pioneer Render Network’s work on digital archives for people like “Star Trek” creator Gene Roddenberry and comic book artist Alex Ross. Each is an interactive vault of artwork, and Beeple’s own collection lets users explore the 5,000 individual pieces that made up his record-setting Christie’s collage.

Urbach suggested that Beeple and Render Network aim to help artists share work more fully with collectors—to enable access to day-to-day artwork created in between major NFT drops, for example, and to let fans explore within 3D-generated artwork in a more immersive way.

“[It’s] the concept that everything you do that’s recorded on-chain is part of your identity, and the concept of social tokens or tokenization of your work as a human, an artist, or a creator beyond a very simple, one-dimensional output of an NFT itself,” he said. “Mike’s really motivated to help define that, and we’re here on a technical platform level to enable that.”