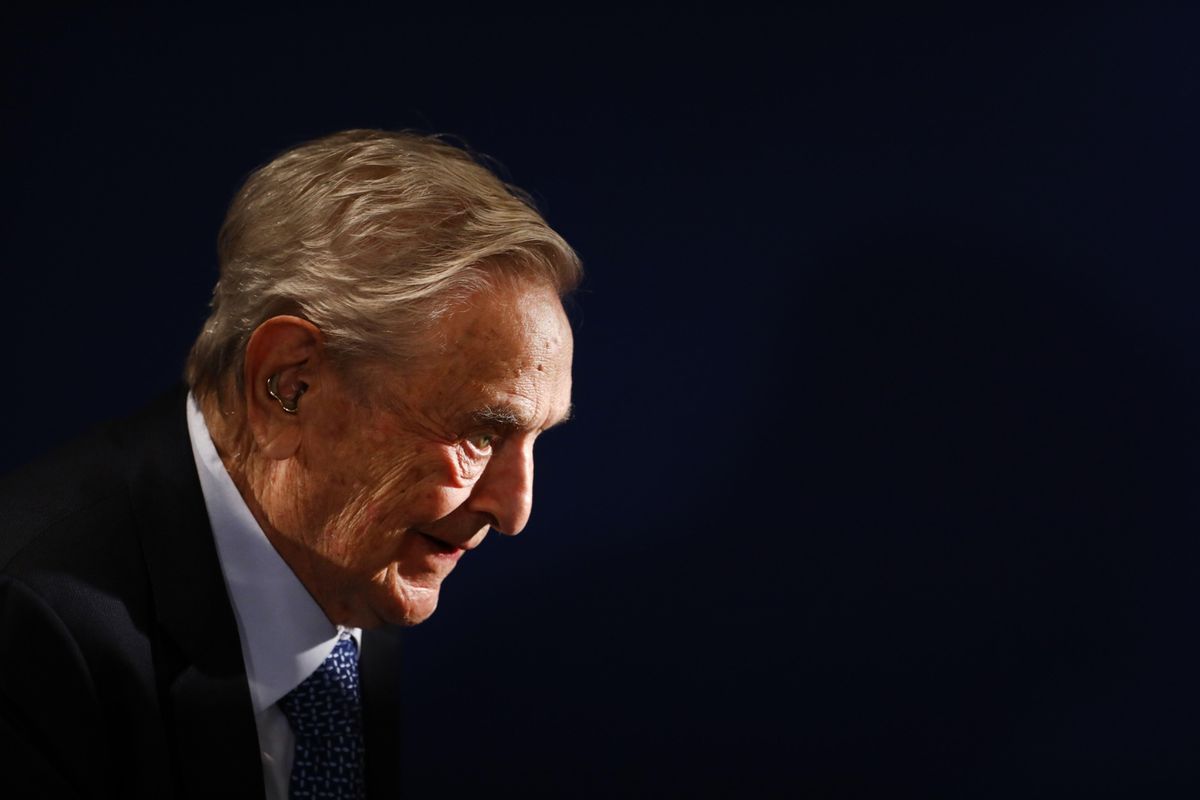 Bitcoin has been on a tear over the last six months, climbing almost 500% amid a bull market that’s made the cryptocurrency a $1 trillion asset.

The bitcoin price, now hovering near its all-time highs of around $60,000 per bitcoin, has soared as Wall Street giants and companies including Elon Musk’s electric car company Tesla make big bets on bitcoin.

Now, as the broader cryptocurrency market nears $2 trillion—up almost three-fold since the beginning of the year—the chief investment officer of Soros Fund Management has claimed bitcoin is at an “inflection point” following a number of crypto infrastructure bets by the Geroge Soros-founded asset manager.

Soros Fund Management, an asset management fund created by billionaire investor George Soros, has … [+] made a number of bets on bitcoin and cryptocurrency companies in recent months, as the bitcoin price has pushed bitcoin’s total value to over $1 trillion.

“We think the whole infrastructure around crypto is really interesting, and we’ve been making some investments into that infrastructure—and we think that is at an inflection point,” Soros Fund Management’s Dawn Fitzpatrick told Bloomberg, pointing to the growth of bitcoin and crypto exchanges, asset managers and custodians.

“When it comes to crypto generally, I think we’re at a really important moment in time. Something like bitcoin might have stayed a fringe asset but for the fact that we’ve increased money supply in the U.S. by 25%,” Fitzpatrick said, adding: “There’s a real fear of basing of fiat currencies.”

Bitcoin’s massive rally, that’s taken it from under $10,000 per bitcoin this time last year to around $60,000 today, comes amid unprecedented central bank money-printing and government stimulus measures put in place to offset the economic damage done by the coronavirus pandemic.

These measures sparked fears a wave of inflation could be about to hit the U.S. dollar and other currencies, with famed investor Paul Tudor Jones setting the bitcoin market alight when he named bitcoin as the “fastest horse” to beat inflation last year.

“When you look at gold price action, in the context of a fairly robust inflation narrative of late, it’s struggled getting traction and I think that’s because bitcoin is taking some of its buyer base away,” Fitzpatrick said, declining to answer when asked if she owned any bitcoin.

However, Fitzpatrick did warn that the bitcoin-inspired central bank digital currencies that are in development around the world could pose a “potential threat” to the adoption of bitcoin and other cryptocurrencies—but she remains upbeat in the long-term.

“I think it is a real threat, but I think it will be temporary. I don’t think they’ll be successful in permanently destabilizing bitcoin,” Fitzpatrick added.