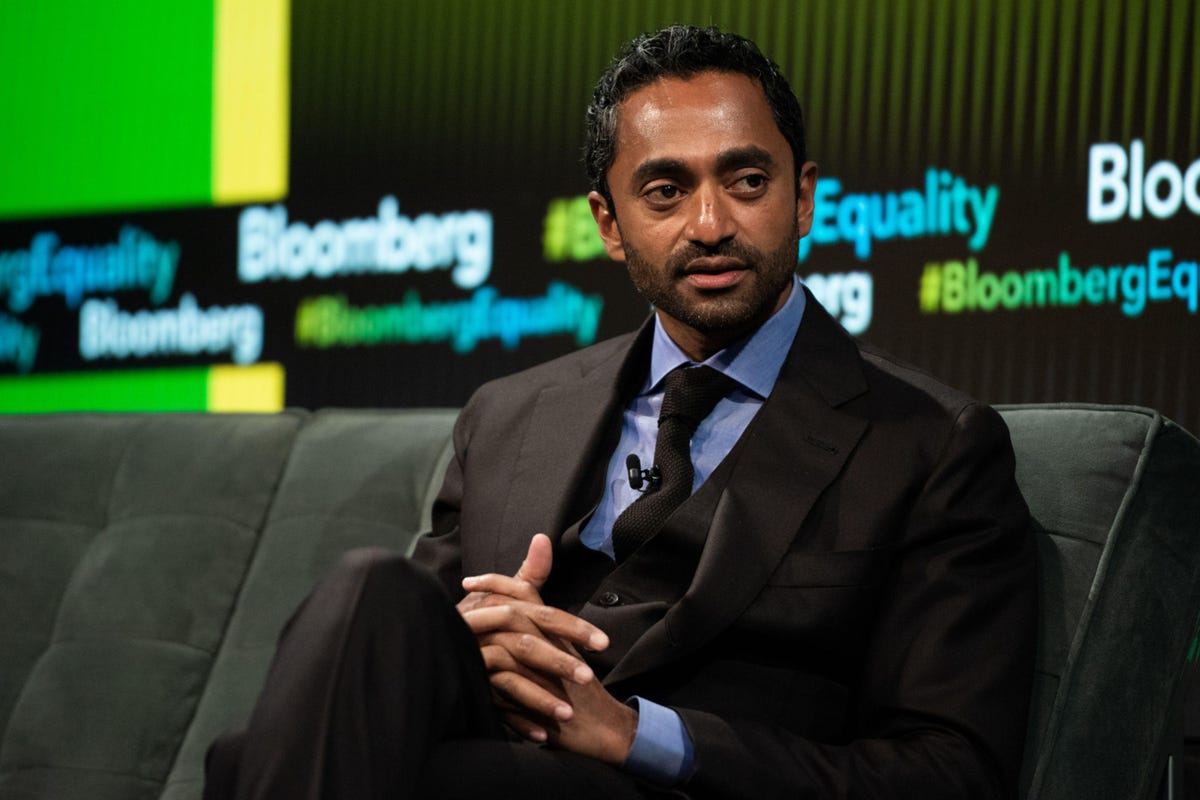 Bitcoin and cryptocurrency prices have surged into October after a difficult September, with the crypto market charging back over $2 trillion.

The bitcoin price is again nudging $50,000 per bitcoin after dropping under the closely-watched level in early September—even after Tesla TSLA chief executive Elon Musk, one of the biggest boosters of the bitcoin price this year, issued a serious bitcoin warning.

Now, billionaire investor Chamath Palihapitiya has revealed he’s poured “hundreds of millions” into bitcoin, and predicts the bitcoin price will continue to climb as it continues to replace gold.

Chamath Palihapitiya, the billionaire venture capitalist founder of Social Capital, has long … [+] championed bitcoin and cryptocurrencies and has predicted the bitcoin price will continue to soar.

“It’s very hard for me sitting here to give you a [bitcoin] price prediction,” Palihapitiya, who founded venture capital company Social Capital in 2011 and has recently become known as the SPAC king for his support of the alternative investment vehicles, told CNBC this week. “But I can pretty confidently say that bitcoin, I think, has effectively replaced gold. And it will continue to do so. And so that market cap is just going to grow.”

While Palihapitiya likes other cryptocurrencies—including the buzzy, upstart solana—he said his crypto holdings are mostly limited to bitcoin.

“I haven’t put a lot of money outside of bitcoin obviously,” he said. “You know, tens of millions, hundreds of millions, like small capital right now. It could get very big. But irrespective of what I do, I will say is we all need to pay attention to it, because I think the implications are enormous.”

Bitcoin, which this time last year was trading at just $10,000, has soared over the last year, adding over 300% and causing the wider crypto market to explode in value. The bitcoin price has risen as investors increasingly name bitcoin as a hedge against inflation and predict it will serve as a digital alternative to gold.

The bitcoin price is down on this time last month even after bitcoin and other major … [+] cryptocurrencies exploded into October.

Meanwhile, bitcoin and cryptocurrencies are facing a regulatory backlash with China cracking down heavily on crypto trading and the Securities and Exchange Commission (SEC) chair Gary Gensler promising to ramp up scrutiny of the crypto market. Wall Street legend Ray Dalio has warned governments and regulators will eventually try to “kill” bitcoin if it contines to grow.

“I think [bitcoin is] very hard to kill,” said Palihapitiya. “So technically, it’s very difficult. Just the way that it’s architected, it is the most profound iteration of the internet that we’ve seen.”