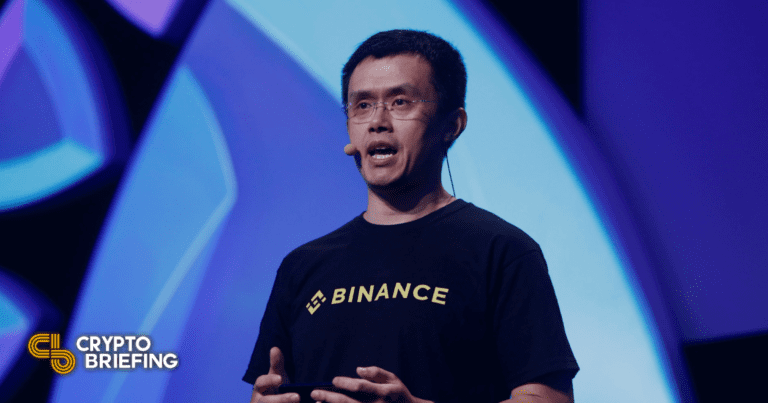 Binance has blocked several accounts linked to the Russian Kremlin. It comes after the firm said it would limit Russian national residing in Russia from making deposits of over €10,000. Binance was recently accused of handing user data over to Russian officials, but the exchange has denied the allegations.

Ukraine’s Minister of Digital Transformation Mykhailo Fedorov acknowledged the move, saying that “everyone connected with Putin’s regime will feel the consequences of the war.”

Binance has closed several accounts linked to the Kremlin.

The world’s largest cryptocurrency exchange has blocked Polina Kovaleva, the stepdaughter of Russian Foreign Minister Sergei Lavrov, Elizaveta Peskova, the daughter of President Vladimir Putin’s spokesperson Dmitry Peskov, and Kirill, the son of Konstantin Malofeev, a Russian oligarch who was recently charged by the Justice Department for violating U.S. sanctions. Binance’s Global Head of Sanctions Chagri Poyraz told Bloomberg that it blocked Peskova on Mar. 3, a week before she was sanctioned by the U.S. Treasury. Binance then closed Kovaleva’s account on Mar. 24, while Malofeev lost access to the exchange this week. None of the three sanctioned individuals responded to a request for comment, the Bloomberg report said.

Mykhailo Fedorov, Ukraine’s Ministry of Digital Transformation and one of the key figures responsible for the government’s pro-cryptocurrency stance, noted Binance’s blocks in a Friday tweet, saying that “everyone connected with Putin’s regime will feel the consequences of the war.”

The development comes as Binance has been making increasing efforts to comply with sanctions amid fears that Russians could turn to crypto to hide their wealth. Russia has faced a wave of sanctions since its invasion of Ukraine, and major cryptocurrency exchanges like Binance have faced pressure to block Russian users. Last week, the firm announced that it had introduced measures to follow EU restrictions limiting Russian nationals’ cryptocurrency use. In a blog post, Binance said that it would restrict Russian nationals residing in Russia from making deposits of over €10,000 (around $10,500), following guidelines the EU published in its fifth sanctions package. Binance CEO Changpeng Zhao later commented on the update in a tweet storm. “We believe a crypto exchange should not have the power to unilaterally freeze an entire nation’s user accounts,” he wrote. “Binance gave its word to the global community that we would implement any and all sanctions actions, and we are living up to that commitment.”

While Binance has made it clear that it will comply with sanctions, the firm has also been accused of forming close ties with Russia’s financial intelligence unit. An Apr. 22 Reuters investigation alleges that Binance handed user data over to Russian authorities when they were looking for activity linked to opposition leader Alexei Navalny. Binance has since refuted the claims.