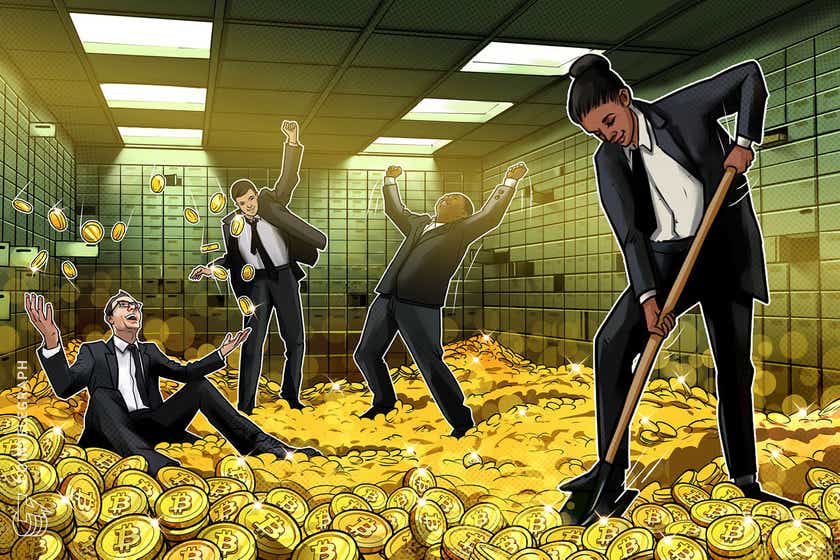 Elsewhere, the third-largest Bitcoin address continued its spending spree, adding another 551 BTC since Cointelegraph last reported it bought the dip, just two days ago. The wallet continues to aggressively accumulate in the $40k range, now owning a total of 121,396 BTC or roughly $5 billion.

There was some consternation on social media platforms about the wallet owner behind the 43,000 BTC buy, but Binance confirmed ownership of the address in a Tweet sent out in 2019.

For $BTCB, the $BTC reserve address is: 3LYJfcfHPXYJreMsASk2jkn69LWEYKzexb

A trading pair on #Binance .com for BTCB/BTC will follow in a day or so, and we will issue a proposal on @Binance_DEX

The wallet address’ “3LYJfcfHPXYJreMsASk2jkn69LWEYKzexb” intended use was for the company to issue a number of crypto-pegged tokens on Binance Chain, starting with $BTCB, a BEP2 token pegged to $BTC.

However, the wallet appears to have evolved into a cold storage wallet for the world’s largest cryptocurrency exchange. In a Tweet by advanced blockchain tracker @whale_alert in April last year, the wallet was again labeled as the Binance BTC reserve wallet address.