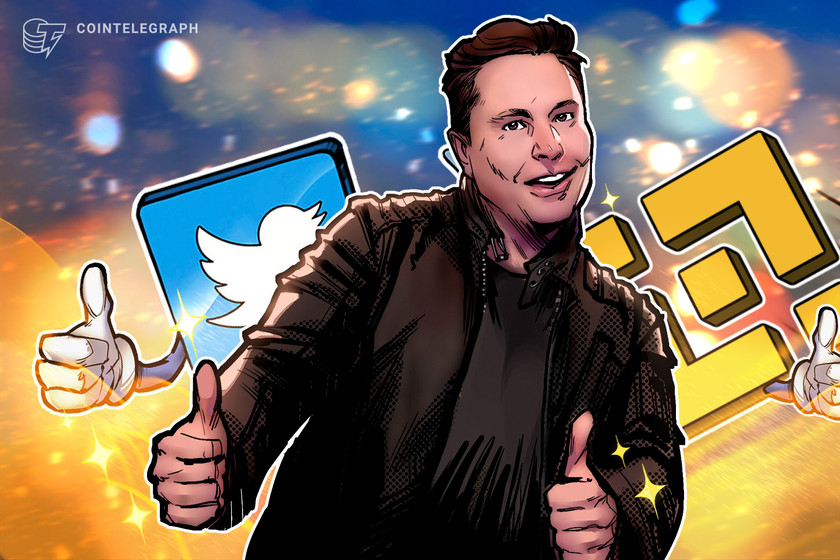 Major crypto exchange Binance has participated in Elon Musk’s $44 billion acquisition of Twitter, according to data filed with the United States Securities and Exchange Commission.

On May 5, Musk filed an amended general statement of the acquisition, announcing that Twitter received an aggregate of about $7.2 billion in new financing commitments in connection with the merger agreement, subject to the conditions in co-investor equity commitment letters.

According to the document, Binance is one of 18 co-investors in the acquisition alongside major crypto industry players like Sequoia Capital Fund and Fidelity Management and Research Company.

Binance CEO Changpeng Zhao took to Twitter subsequently after the filing became public, describing the company’s investment as a “small contribution to the cause.”

A small contribution to the cause. https://t.co/xD9XZxOWfL

This article is developing and will be updated.