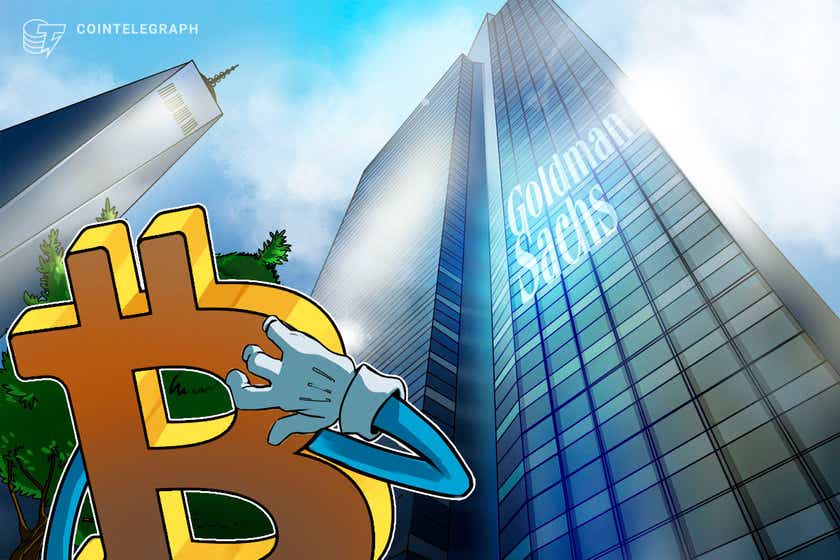 Bitcoin (BTC) failed to close 2021 above the long-expected $100,000 level, but experts believe the psychological horizon is still achievable by taking gold’s market share, albeit over a more extended period.

In a note released to investors on Tuesday, Goldman Sachs co-head of global FX and EM strategy Zach Pandl hypothesized that if the largest cryptocurrency could overtake 50% of the store of value market share over the next five years, BTC price would increase to just over $100,000, marking a compound annualized return of 18%.

While the current market cap of BTC is close to $884 billion, Goldman Sachs estimates the float-adjusted market cap of Bitcoin is under $700 billion, accounting for one-fifth of the “store of value” market. The said market is not crowded, though. The only other participant of Goldman’s store of value market is gold, with an available investment at $2.6 trillion.

Despite its ups and downs, Bitcoin still managed to top Goldman Sachs’ 2021 return scorecard with over 60% yearly returns. Gold is placed at the bottom in the same chart with a 4% yearly loss.

Goldman Sachs experts believe that the demand for BTC will not be harmed by the hot debate surrounding the Bitcoin network’s energy consumption. While a recent study claims the Bitcoin ecosystem consumes eight times the energy of Google and Facebook combined, New York Digital Investment Group estimates that Bitcoin mining will not represent more than 0.4% of global electricity consumption over the next decade.

As detailed in a Cointelegraph New Year Special, Bitcoin saw a bumpy ride over the last year. Many experts believed that $100,000 was an easy target for the flagship cryptocurrency for 2021. However, BTC closed the year around $47,000 after touching an all-time high around $69,000 in November, falling short of analysts’ ambitious target.