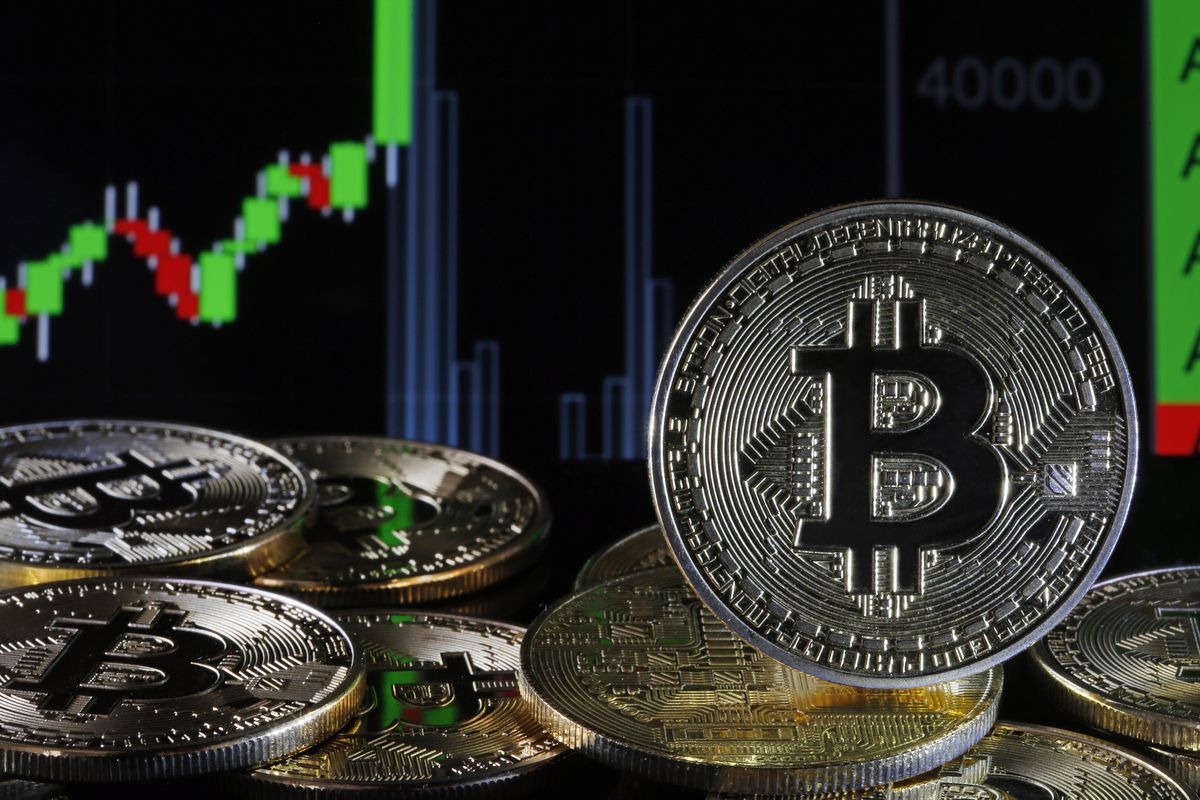 After a stark plunge Thursday that wiped out $100 billion in market value, the world’s largest cryptocurrency is back near all-time highs Tuesday as corporations like Visa and PayPal join other institutional players in expanding their crypto offerings.

Bitcoin, the world’s largest cryptocurrency has been on the mend since shedding $100 billion in one … [+] day last week.

As of 4 p.m. EDT, the price of bitcoin has climbed 2% over the past 24 hours, pushing its market capitalization up to $1.1 trillion–about $40 billion shy from an all-time high on March 13 and pushing gains to roughly $144 billion since a sharp correction on Thursday, according to crypto-data website CoinMarketCap.

‘Analysts are pinning the resurgence to still-booming institutional adoption, including PayPal’s new cryptocurrency checkout service, which launched Tuesday and allows the company’s more than 375 million customers to shop using cryptocurrency at millions of online merchants (PayPal didn’t specify an exact figure, but says the program will expand in the coming months).

Moya notes that bitcoin, which is priced at about $59,080, could struggle to push past $60,000 again but says the recent developments “should be enough to keep the bullish trend going strong.”

Nigel Green, the CEO of $12 billion wealth advisory deVere Group, said in an email Tuesday that growing corporate investments from the likes of Tesla and billionaire Jack Dorsey’s Square are signs that institutions are employing the “buy the dip” mantra popularized by retail investors—meaning they’re loading up on bitcoin when prices plunge.

Regulation. Though Wall Street is warming up to bitcoin, legendary hedge fund manager Ray Dalio warned last week that he thinks there’s a “good probability” bitcoin could be banned by the U.S. government, similar to how it banned gold nearly a century ago. The Securities and Exchange Commission has been slow to issue regulation for cryptocurrencies, but in an interview with Forbes, SEC Commissioner Hester Peirce said Gary Gensler, President Joe Biden’s nominee to head up the agency,  would likely be “sympathetic to the call for regulatory clarity.” When nations like South Korea started cracking down on cryptocurrency three years ago, prices crashed as much as 80% over the course of one year, though it’s unclear how such a development could affect markets today.

Bitcoin prices have skyrocketed over the past year amid booming institutional adoption and inflation fears sparked by unprecedented government spending to combat the pandemic. Last week, billionaire Elon Musk tweeted that Tesla would start accepting bitcoin for vehicle purchases and retaining the cryptocurrency tendered, as opposed to converting it to U.S. dollars. Also this month, Fidelity Investments filed an application for its first bitcoin exchange-traded fund, and banking powerhouse Morgan Stanley said it would open up bitcoin exposure to its wealthy clients, though it’s limiting such funds to investors with “an aggressive risk tolerance.”

Bitcoin has surged nearly 800% over the past year. Its return of about 96% this year is more than any sector tracked by the S&P 500.