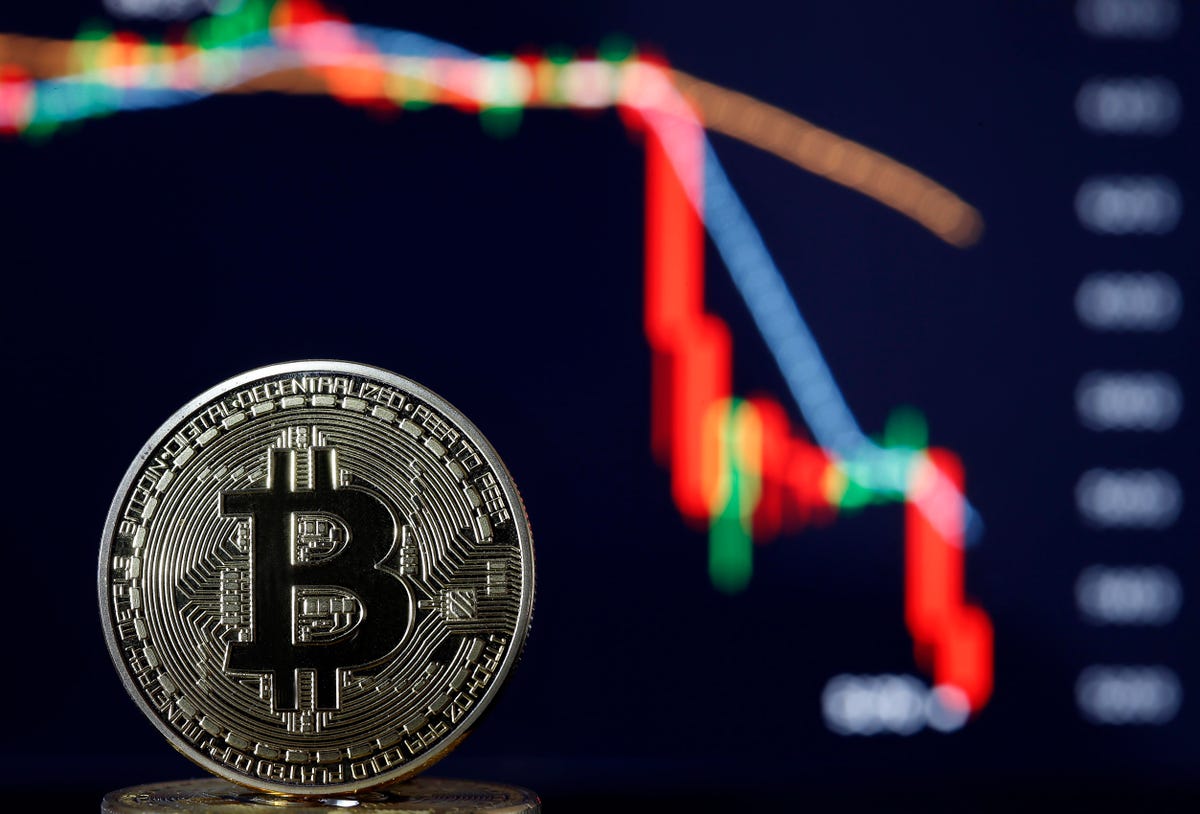 Bitcoin and cryptocurrency prices have struggled in recent weeks as a brutal crypto crackdown in China worsens (you can get ahead of the market here).

The bitcoin price crashed in May, losing 50% of its value, and has remained under pressure since. Meanwhile, ethereum, the second-largest cryptocurrency after bitcoin, has fallen by more than half, with ethereum price struggling to hold above $2,000 per ether token.

Now, after reports former bitcoin and ethereum miners in China have been dumping GPUs, suggesting at least some of the decommissioned Chinese mining capacity won’t return, analysts have warned crypto prices are “in danger.”

Bitcoin, etheruem and other cryptocurrencies have stuggled since reports of China’s crypto crackdown … [+] emerged in April, with the bitcoin price down around 50% from its peak.

China bitcoin and ethereum miners dumping CPUs “doesn’t come as a surprise given the fact that China seriously cracked down on bitcoin mining in the country but the development may be interpreted as fundamentally bearish, nonetheless,” Adam James, senior editor at Hong Kong-based bitcoin and crypto exchange OKEx, wrote in his latest analysis, adding “market sentiment has decreased significantly” over the last few days.

Meanwhile, reports have emerged on social media that China has begun blocking access to major cryptocurrency exchanges. This week, users reported that Huobi and Binance briefly required a location-masking VPN to access.

Binance, the world’s biggest bitcoin and crypto exchange by volume, has been battling a global regulatory clampdown in recent weeks, with the U.S. and countries throughout Europe ramping up their scrutiny of the exchange.

China’s crackdown on bitcoin and crypto mining last month forced those using high-powered computers to secure the bitcoin network and validate transactions out of the country. The expulsion of bitcoin and crypto miners from China sent bitcoin’s hash rate, a measure of how much computing power is being directed at the bitcoin network, to a 13-month low over the last two weeks.

The ethereum network was also hit by China’s crypto mining ban, seeing its network hash rate drop some 20% since May as miners powered down.

After dipping under $30,000 in recent weeks the bitcoin price has plateaued at just above the psychological level but its failure to meaningfully recover lost ground since its May crash has left many crypto market watchers worried.

After a huge rally through the first few months of this year, the bitcoin price has fallen sharply, … [+] dragging on the price of ethereum and other cryptocurrencies.

“There is a summer lull in the crypto market which may just be the calm before the storm,” Alex Kuptsikevich, FxPro’s senior financial analyst, wrote in emailed comments, warning that if bitcoin falls under $30,000 it’s “likely to trigger a new wave of liquidation.”

“If the market is affected by a small number of open positions, then any small storm could turn into a large-scale sell-off, disrupting an avalanche of stop orders. But the most alarming thing for crypto-enthusiasts is that such an outcome will underscore the prolonged nature of the correction, increasing speculation around a new ‘crypto winter’ like in 2018.”