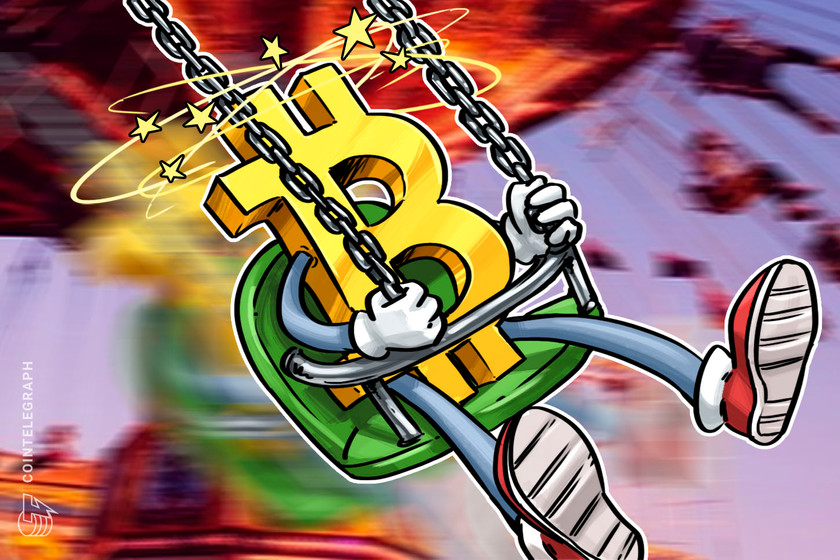 In a pause from its sell-off, the pair followed United States equities higher on the Wall Street open, hitting $21,700. The S&P 500 gained 1.4% after the opening bell, while the Nasdaq Composite Index managed 1.6%.

The renewed market strength, commentators said, was thanks to the majority already pricing in outsized key rate hikes by the Federal Reserve, due to be confirmed on the day.

Despite suppressed price action, many were unconvinced that Bitcoin could meanwhile sustain even the low $20,000 zone much longer.

“We have yet to see capitulation in the Crypto markets,” popular trader Crypto Tony told Twitter followers.

“It is close, but doesn’t feel like it yet. Every bounce is filled with optimism and it shouldn’t be like that.”

Fellow trader and analyst Rekt Capital agreed, saying that the sell-off had not been accompanied by suitable volume.

“Strong market-wide selling is going on for BTC,” he wrote on the day.

As Cointelegraph reported, Bitcoin’s own 200-week moving average lay at $22,400, Rekt Capital warning that the level could now form a price magnet for weeks or even months.

Data meanwhile showed the extent to which panic selling had been taking place in the short term.

Weekly realized losses reached 2.6% of Bitcoin’s realized cap, the highest ever, according to figures from on-chain analytics firm Glassnode illustrated by CryptoVizArt.

The cumulative weekly realized loss currently is = 2.6% of the #BTC realized cap. The comparable historical events where this ratio >2.5% are illustrated by . pic.twitter.com/jbl3aD5WmJ

Bitcoin’s net unrealized profit/loss (NUPL) metric, covering coins not physically sold, also demonstrated a significant proportion of the hodled supply being underwater — the most, in fact, since March 2020.

According to its accompanying scale, the metric has turning red after falling below zero, i.e., the historical “capitulation” zone.