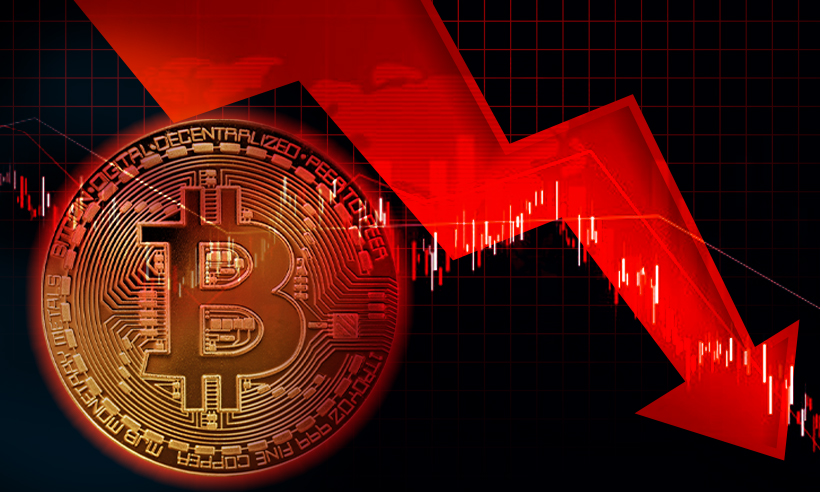 A mysterious flash crash is registered for everyone’s beloved Bitcoin along with other cryptos like XRP, Bitcoin Cash (BCH), Bitcoin SV (BSV), Dash, and Ethereum Classic (ETC), trading a lot worse.  Seeing the crypto price surge every morning has been a utopia in the cryptocurrency industry for a long time. However, the early morning hours of 19th April have not been the same.

The top cryptocurrency lost $8,400 to trade at its lowest price in three weeks, with XRP went down close to 30%, while BCH and BSV saw even bigger drops. The flash crash wiped over $300 billion from the combined Bitcoin, XRP, Cardano, and broader $2 trillion crypto market. Ahead of the cryptocurrency Bitcoin bull the CEO of Galaxy Digital Mike Novogratz warned of a “washout” ahead.

“In the next week, certainly we could have some volatility because of the excitement around Coinbase,” said Novogratz.

“I’ve seen a lot of weird coins like Dogecoin and even XRP have huge retail spikes, which means there’s a lot of frenzies right now,” “That never ends well, and so we’ll probably have a washout at one point,” he added.

Reasons Behind the Crypto Bleed

From the eye of analysts, the crackdown on cryptocurrency money laundering can be one of the major reasons behind the crypto drop.

Jake Chervinsky, a leading digital assets lawyer, points out that “Treasury doesn’t carry out enforcement measures in the U.S – this is the Justice Department’s role.” “Besides, such actions are always confidential and are unlikely to be leaked beforehand.”