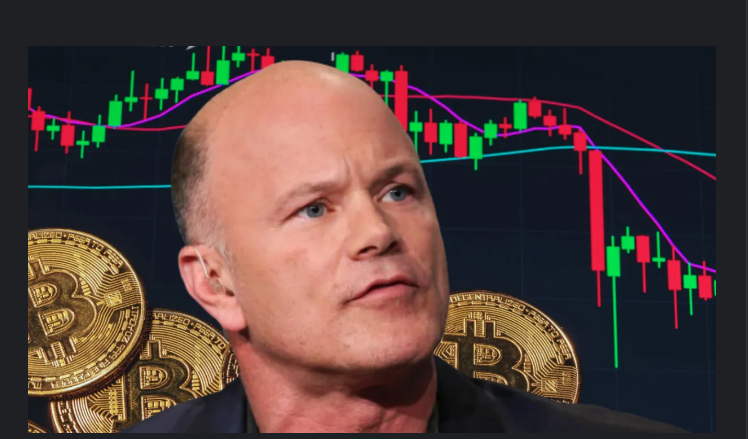 Bitcoin, with all the green surrounding it on crypto exchange monitors, has again found a strong ally in a Wall Street stalwart.

Billionaire Mike Novogratz, unfazed by the recent negativity engulfing the broader crypto market, is back with another prediction: he said Bitcoin could hit $500,000 in the next five years.

Despite its expansion since creation, the cryptocurrency industry still has a large number of skeptics, but it also has many optimistic advocates. One of these individuals is Novogratz.

During his speech at the Bloomberg Crypto Summit, Novogratz, the CEO of crypto investment firm Galaxy Digital, stated that one BTC will be worth half a million dollars in five years. The billionaire cites the rising usage and exceptional attributes of the cryptocurrency as the cause.

As of this writing, Bitcoin is nearing the $24K mark, and currently trading at $23,745, up 24% in the last seven days, figures from Coingecko show, Wednesday.

Other prominent crypto advocates share the same page as Novogratz. Anthony Scaramucci, the founder of investment firm SkyBridge Capital, predicted in January of this year that Bitcoin will reach a price of $500,000 within the next four to five years.

Even the founders of the Gemini digital currency exchange, Cameron and Tyler Winklevoss, have stated that Bitcoin’s actual acceptance has not even begun. The twins predicted that the price of Bitcoin would reach $500,000 in the future.

Meanwhile, according to Novogratz, Bitcoin is distinguished by its unique characteristics. “Bitcoin was tailor-made to be an anti-inflationary store of value,” he emphasized as one of the most notable characteristics.

In numerous aspects, the crypto’s transferability makes it superior to the precious metal gold, he continued.

“It relates to adoption and global economic system. And while this is an adoption roadblock, it is not a complete U-turn,” he said during the Bloomberg Crypto Summit.

“We continue to see institutions … that haven’t gotten involved yet, who see this as a major opportunity,” Novogratz said.

The Wall Street veteran also took a swipe at regulators, claiming that they were not doing enough to protect individual investors from institutions’ leverage play. In his comments, he also mentioned that the worst of the cryptocurrency market may be finally over.

Novogratz predicted in June that in order for the cryptocurrency market to recover, the United States Federal Reserve would need to “lift its foot off the brake” and that the majority of hedge funds investing in digital currencies would fail.