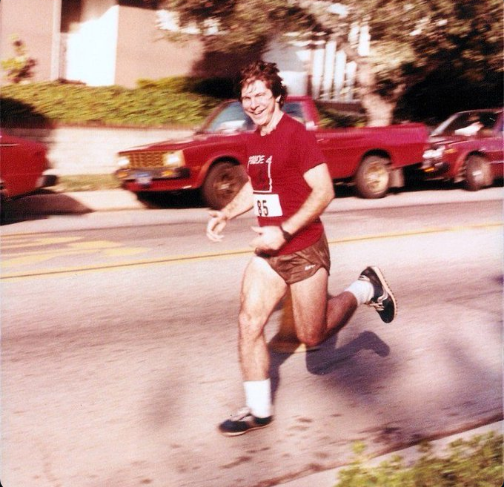 Fran Finney, the widow of Hal Finney (who some people speculated could be Satoshi Nakamoto), recently surprised the Bitcoin community by announcing on Twitter that she will be hosting a charity half marathon in his honor.

Hal Finney was the first person to run Bitcoin software after Satoshi Nakamoto disengaged and vanished from the cryptocurrency spotlight.

Nakamoto is a pseudonym for the person or group of people who helped make the first Bitcoin software and wrote a paper in 2008 about the idea of cryptocurrencies.

Involved in the development of Bitcoin and the blockchain until around 2010, Nakamoto has since gone silent.

The purpose of the “Running Bitcoin” event is to raise funds for research into the treatment of amyotrophic lateral sclerosis or ALS.

The event is called ‘Running Bitcoin’ and it’s a half marathon event that will take place between Jan 1st and 10th. The goal is to get as many people as possible to run or walk a half marathon distance and to raise funds for ALS research through Bitcoin donations. 2/5

This marathon is being hosted in collaboration with the ALS Association Golden West Chapter.

Prior to being diagnosed with ALS in August 2009, Hal Finney was a lifelong runner. In 2014, he passed away due to complications and was cryopreserved by the Alcor Life Extension Foundation.

“Running Bitcoin” is inspired after Hal Finney’s first Bitcoin Twitter, which he sent just days after Bitcoin went live in 2009.

There have been other memorable tweets on the crypto Twitter platform, but none will eclipse Hal’s tweet.

This experiment would eventually give rise to an industry worth trillions of dollars, but back then almost no one could have foreseen that outcome.

Hal is also renowned for being the first person to receive 10 BTC from the enigmatic Nakamoto. Although Hal’s actual BTC holdings are unknown, they are estimated to be worth millions of dollars in today’s exchange rate.

Thank you all for your time and for helping us in this important cause. Together, we can make a difference in the fight against ALS and honor the memory of my husband, Hal Finney. 5/5

Running Bitcoin will kick off between Jan. 1 and 10 . It attempts to engage as many individuals as possible in running or walking while securing Bitcoin donations for ALS research.

According to the Johns Hopkins Medicine website, ALS, often known as Lou Gehrig’s disease, is a neuromuscular disease characterized by progressive nerve cell degeneration in the brain and spinal cord.

The condition affects up to 30,000 people in the United States, with 5,000 new cases identified annually.

Earlier this month, Fran took over her husband’s Twitter account after learning that his profile could be deleted under Elon Musk’s anti-spam rules. She stated that she will continue to tweet from her husband’s account from time to time.