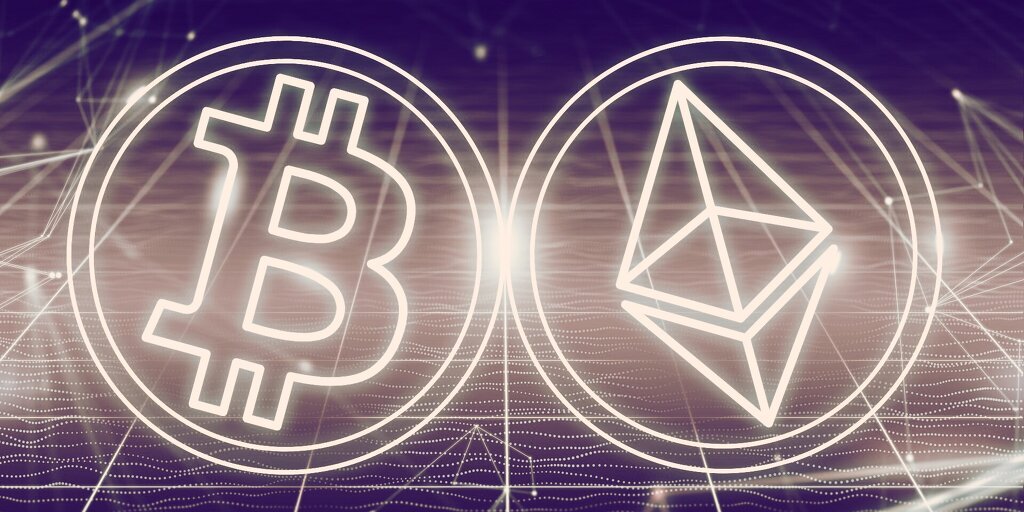 Bitcoin and Ethereum are climbing back up after a hair-raising midweek crash that sank prices to the lowest they’ve been in months.

The crash started on Tuesday, and by Wednesday Bitcoin’s price had bottomed out at $29,600, according to crypto data aggregator CoinGecko. The last time the currency was around that level was on January 2, when a single Bitcoin was worth $29,352.

It was a similar story with Ethereum. On Tuesday morning the second-largest cryptocurrency by market capitalization hit a low of $1,734—the cheapest it’s been since March 28 this year, when one ETH cost $1,713.

Bitcoin and Ethereum have grown in price thanks to a swathe of institutional investment this year, with companies like Tesla and Microstrategy buying huge amounts of Bitcoin.

News of institutional adoption of crypto had cooled off but Twitter CEO Jack Dorsey and Tesla CEO Elon Musk rejuvenated interest on Wednesday during a pro-Bitcoin online conference called ‘The B Word’.

Musk announced that his rocket company, SpaceX, also holds Bitcoin, and that he personally holds Ethereum and Dogecoin. Rapper Busta Rhymes was so moved by The B Word that he went and bought a load of Bitcoin and is now looking into Ethereum.

With similar ebbs and flows this week, it appears that the rise and fall of Bitcoin and Ethereum is still largely synchronized.