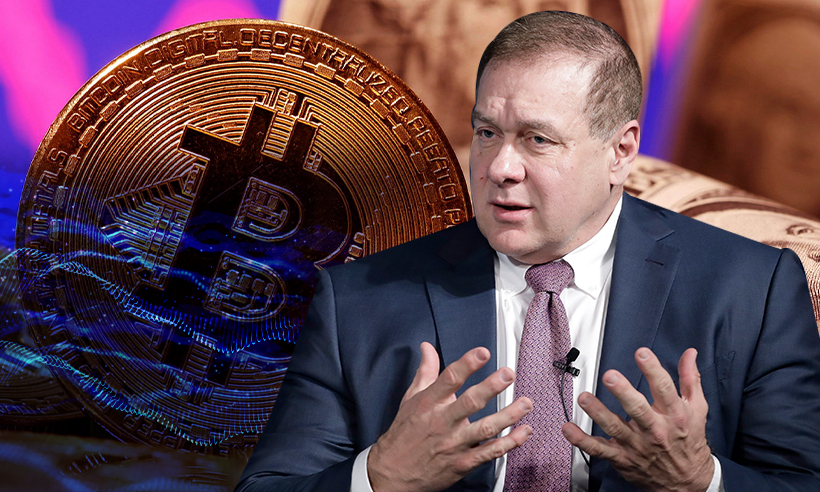 Scott Minerd, the CIO at Guggenheim Partners has predicted that Bitcoin could fall as low as 50% and settle towards $20,000. The Chief Investment Officer believes that the leading cryptocurrency moved too fast over the past quarter and as a result Bitcoin is “very frothy” and could see a “major correction” in the near term. However, he remains bullish on the overall cryptocurrency whose price he sees eventually hitting as high as $600,000.

Guggenheim CIO Warns Bitcoin Could Fall Back to $20,000

Appearing on CNBC’s “Worldwide Exchange”, Guggenheim’s Global Chief Investment Officer, Scott Minerd has warned of a “major correction” in Bitcoin in the near term.

Claiming that Bitcoin is “very frothy,” Minerd is forecasting a 50% decline in the price of the cryptocurrency:

However, Minerd did say he remains bullish over the long run, predicting an eventual rise of the cryptocurrency to $400,000 to $600,000.

“Given the massive move we’ve had in bitcoin over the short run, things are very frothy, and I think we’re going to have to have a major correction in bitcoin.”

“Supply of bitcoin is growing 2% a year and demand is growing faster. That’s all you really need to know, and that means it’s going higher,” adds Minerd.

Minerd is quite popular for his incorrect price predictions on the flagship cryptocurrency. Earlier when Bitcoin entered a consolidation phase in February, Minerd said that the institutional demand was not strong enough to drive the price further.

However, since then the price of the leading cryptocurrency has doubled its price to register a new ATH of $64,804.7 with major support from institutional and corporate players.