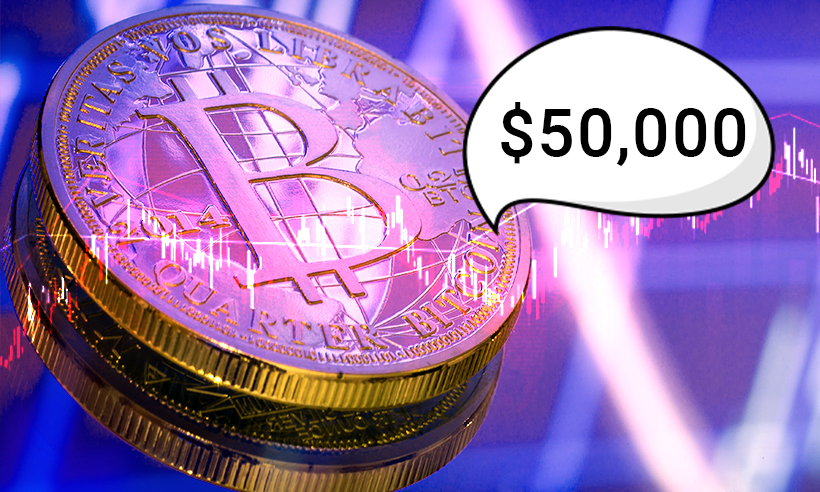 Bitcoin could revisit the $50,000 price level again despite recording its third-biggest monthly drop in its entire history, according to research firm Fundstrat.

The cryptocurrency is currently in the middle of forming the inverse head and shoulders bottom pattern, a sign for bullish signal in previous instances.

Bitcoin $50,000 could be next if it reclaims $40,000 and the inverse head and shoulders pattern holds up, according to @fundstrat 👀 pic.twitter.com/28jrQKPdUF

Responding to this, head of research at Fundstrat Global Advisors, Tom Lee said this is actually a “good sign” for the flagship cryptocurrency.

Appearing in an interview with CNBC’s TechCheck last week, Tom Lee said that Bitcoin could potentially reach a price of approximately $100,000 by the end of the year:

“Again, even though bitcoin is in the penalty box now, I still think it could exit the year over $100,000.”

Data from on-chain analytics suggest a slowdown in the rate of older BTC being spent, indicating a large number of holders are willing to stop or pause as markets consolidate for a while.

“A period of consolidation is to be expected as the market comes to terms with the dramatic sell-off last week.” read Glassnode’s latest report.

Read more in The Week On-chainhttps://t.co/BJhhRNzKKx

This suggests that older Bitcoins are no longer being spent, sold, at previous rates.