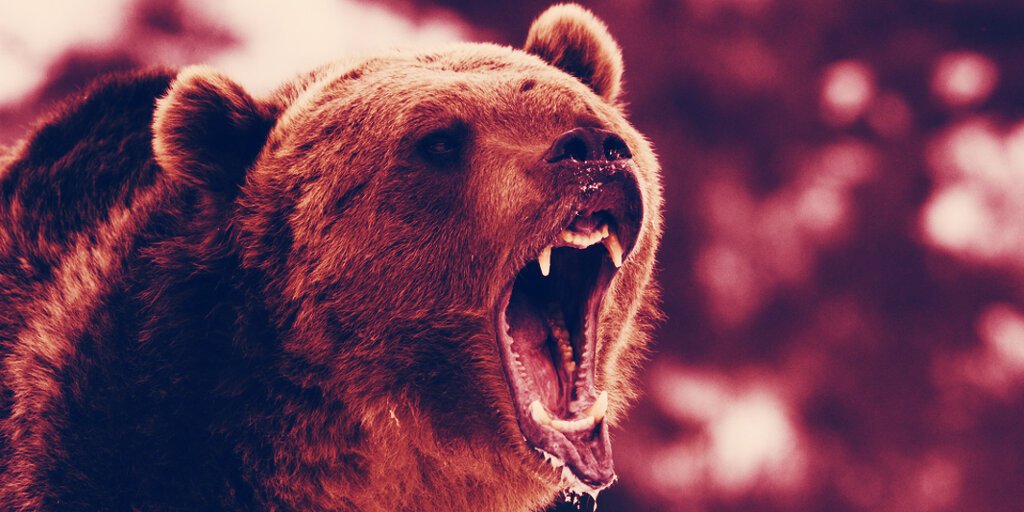 Bitcoin is currently trading at $29, 766, the cryptocurrency’s lowest amount since June 22. Over the past week, Bitcoin has fallen by nearly 10%.

Several market indicators from around the web unpack some of today’s latest price action.

For one, there is far less demand for Bitcoin these days than in April and May, when the broader market only went up. The network is now settling a third of the money compared to then, according to data aggregator Glassnode.

The amount of money settled on the Bitcoin network. Source: Glassnode

The ‘Grayscale effect’ on Bitcoin

GBTC are shares that attempt to trace the price action of the leading cryptocurrency. And it’s in the structure of these shares that some pundits have said creates volatility in Bitcoin.

Wealthy investors are offered private placements for GBTC, after which they give Grayscale either Bitcoin or dollars for an equivalent amount of GBTC. Each share equals roughly .001 Bitcoin. These shares can then be sold on pretty much any secondary market, like Fidelity or Interactive Brokers.

But holders of these shares can’t actually sell their newly minted GBTC until after a six-month period.

Historically, this wait time hasn’t been a problem; GBTC has almost always traded at a premium above its underlying asset, allowing minters to pocket a hefty sum at the end of six months. This premium has become known as the “Grayscale Premium,” and was once one of the market’s shoo-in trades.

It has also become a proxy for broader institutional interest in Bitcoin. Traditional investors and hedge funds are either uncomfortable with holding actual crypto on their books, or they’re simply not allowed. GBTC offers a workaround to this, while still offering similar price exposure. Cathie Wood’s ARK invest, for example, has bought up heaps of this product in 2021.

These days, though, this trade is far less interesting as the premium has dried up and a whopping 13.45% discount has taken its place. This means it’s now cheaper to buy GBTC than BTC.

GBTC premium has tapered and dropped since February of this year. Source: Ycharts

This, of course, should be taken with a grain of salt. It’s still a strong matter of debate whether these unlocking events are strictly bearish or bullish. Still, these events, especially such a large one, are expected to bring volatility to the market.

Willy Woo, an on-chain analyst, has provided two sides to the event. The bearish case is one in which investors prefer to buy the discounted GBTC product and “divert” buying pressure away from Bitcoin.

When GBTC shares unlock and get sold, the GBTC Premium drops (share price drops relative to the BTC in the trust)

Investors now have more incentive to by GBTC shares rather than BTC, it diverts some of the buying pressure on BTC spot markets. This is bearish.

The broader mining shake-up over the past few months cannot be disqualified either. There are now a total of six provinces in China that have confirmed the prohibition of Bitcoin mining. The crackdown was implemented in line with the country’s ambitions to improve its green image.

Meanwhile, regulators around the world have taken aim at the industry, beginning with its largest cryptocurrency exchange by volume, Binance. Already the UK, Italy, Japan, and the Cayman Islands have introduced tighter restrictions on the exchange, if not blocking its use outright.

Summer Slump: Why Bitcoin and Ethereum Are Stuck in a Rut

With so much bearish news, the latest crash below $30,000 adds up. It remains to be seen, however, how long this bearish Bitcoin trend continues.