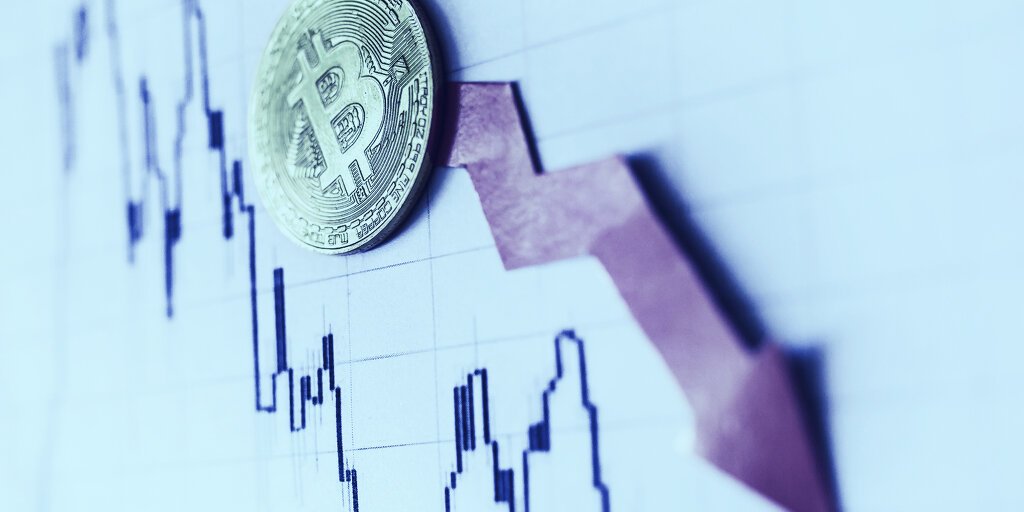 Bitcoin has fallen below $50,000. President Biden has proposed a capital gains tax hike in the US.

Other cryptocurrencies have performed even worse than Bitcoin: Ethereum, XRP, and Uniswap have each fallen by at least 10% in the last 24 hours.

This tax rate, which would be higher than the top federal tax rate on income, has stoked consternation among crypto traders. According to existing US legislation, US taxpayers need to pay capital gains taxes whenever they buy or sell cryptocurrencies.

Despite being hailed as a store of value independent of governments and politics, it is not unusual for Bitcoin to react to real-world news. Curtis Ting, Kraken’s managing director of Europe, told Decrypt, “This won’t be the first time the market has given a knee-jerk response to real-world events, and it certainly won’t be the last.”

Biden’s tax proposal will surely have caused concern for crypto day traders, but there are other factors at play, too.

One such factor is investor psychology. Kraken’s trading team told Decrypt that they have observed “significant” selling after Bitcoin fell below $50,000. “While it’s tempting to look at the news cycle it seems more probable that the technical and psychological importance of the $50,000 level is most relevant,” said Jonathon Miller, Kraken’s managing director of Australia.

The drop in prices are the latest in a long line of price corrections. In February of this year, Bitcoin’s price fell $10,000 in a single day, registering the largest daily drop the cryptocurrency has ever seen. Price corrections—especially in bull markets—are not uncommon.

At the time, Bitcoin analyst at Quantum Economics, Jason Deane, told Decrypt. “A Bitcoin dip like this is just what the doctor ordered. We’ll go dance in it, and when it ends, we’ll be fresher, relieved, energized and ready to go again.”