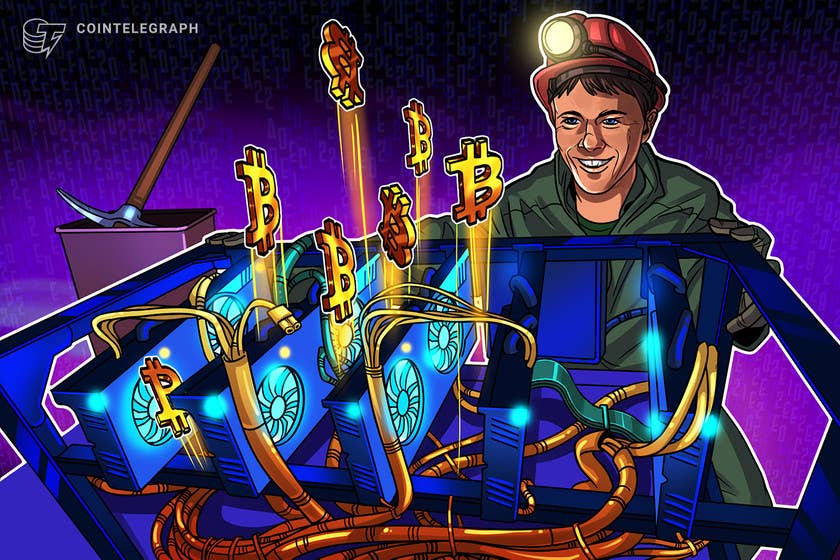 As the Bitcoin (BTC) network hashrate continues recovering amid global miners accumulating more capacity, the cryptocurrency is getting increasingly difficult to mine.

On Sept. 21, the Bitcoin network posted another mining difficulty adjustment, rising 3.2% to hit a difficulty rate of nearly 19 trillion, according to data from blockchain explorer BTC.com.

The latest adjustment makes up the fifth consecutive surge of Bitcoin’s mining difficulty since mid-July, with the difficulty rate increasing more than 31% from around 13.7 trillion, the lowest difficulty level since June 2020.

The new positive adjustments follow a batch of four consecutive difficulty drops that started with a nearly 16% decline in late May amid global ESG-related concerns over Bitcoin as well as China’s nationwide crackdown on cryptocurrency mining.

Despite seeing five positive adjustments in a row, the current Bitcoin mining difficulty rate is still far from the all-time high level of over 25 trillion recorded in May 2021.

Bitcoin mining difficulty is a metric designed to reflect how hard it is to mine a Bitcoin block, with a higher difficulty level requiring more computing power to verify transactions and mine new coins. The difficulty adjustment occurs every 2,016 blocks, or about every two weeks, as Bitcoin is programmed to self-adjust in order to keep a target block time of 10 minutes.

The ongoing growth of BTC mining difficulty comes in parallel with a significant surge of the Bitcoin hashrate, the total combined computational power used to mine and process BTC transactions. The Bitcoin hashrate surged to 150 exahashes (EH/s) in late August after plummeting to as low as 52 EH/s in June, recovering to early June levels and indicating that miners were coming back online after China’s crackdown.