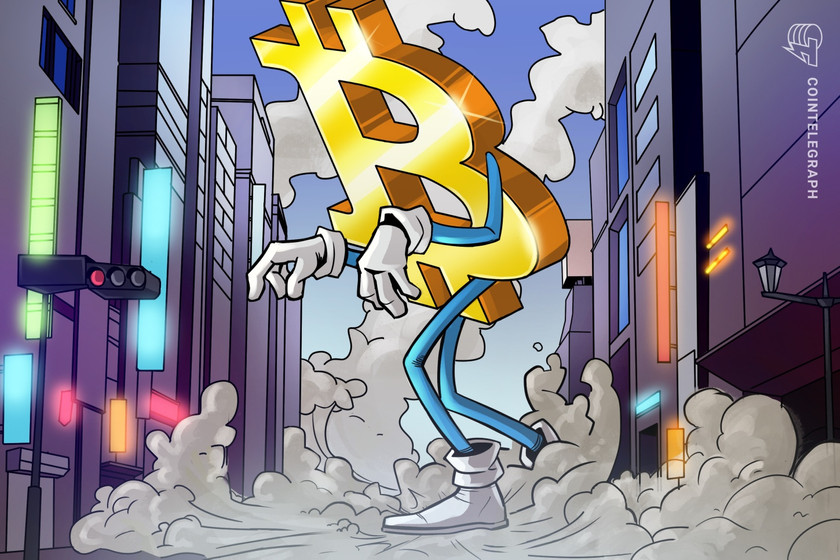 “Do you accept Bitcoin? Would you Like to?” These questions echoed around the streets of Reading, near London, United Kingdom, over a hard day’s graft for two British Bitcoin (BTC) advocates.

James Dewar, founding partner of Bridge2Bitcoin, and MSW, a business developer for CoinCorner, took to the streets of Reading in a marathon mission of merchant adoption. In just six hours, they spoke to 63 shops, cafés and restaurants, hoping to persuade them to accept BTC.

Armed with flyers, sales experience and oodles of enthusiasm for the world’s largest cryptocurrency, the Bitcoiners detailed the data and their experiences interacting with the general public. Of the 63 merchants they spoke to, around 50% were a straight rejection, and 10 of the 30 were “worth a follow-up,” Dewar told Cointelegraph. Three businesses were onboarded on the spot or quickly afterward. Dewar continues:

“It’s a 3% hit rate within two weeks, from my point of view from a standing start is pretty good if you think about the adoption curve.”

Indeed, while 3 out of 63 merchants may seem trivial, it’s representative of where the world is in terms of Bitcoin adoption.

Bitcoin adoption worldwide is still around 3%

Dewar explains that Bitcoin awareness is currently low as we sit at the lower end of the Bitcoin adoption threshold. However, it’s still worth giving it a shot and asking your local merchant if they take Bitcoin. Dewar jokes that even if he were to hand out £10 notes on the street, people might still be reluctant to accept the offer or reject them—as it’s like “Sales in general,” he explains.

“We think it’s an obvious no-brainer, right? There is literally no downside to doing it. But getting that message across; you’ve got to be fairly thick-skinned to understand that people don’t [get it] –it’s like handing out tenners on the street!”

MSW, who accompanied Dewar explains that accepting Bitcoin makes commercial sense for many merchants. “One of the benefits for many is that you can just accept pounds. It’s like a cheaper version of Sump with Bonus marketing.” SumUp is a point-of-sale solution popular in bars and restaurants across the country.

MSW has since embarked on Bitcoin merchant adoption walks in Edinburgh and Oxford to varying degrees of success. Coach Carbon, a Bitcoin football coach partnered with MSW in Oxford a few weeks later, while in Edinburgh, Jordan Walker, the CEO of the U.K. Bitcoin collective, joined MSW. Walker and MSW spent a day onboarding merchants ahead of the United Kingdom’s first Bitcoin-only conference.

But isn’t Bitcoin for HODLing—not spending—as it’s gold 2.0? Dewar and MSW would agree with the narrative that Bitcoin is a store of value, but they are proponents of spending Satoshis. Plus, in the United Kingdom, there are no capital gains on Bitcoin that are spent and then replaced within 30 days due to “Bed and Breakfasting” laws. MSW underlines that spending Bitcoin in shops is educational, too:

“I am bullish about merchant adoption as a way of demystifying Bitcoin and showing that it has a use. Bitcoin is a way of buying a coffee, or an ice cream or going to your favorite cat café and stroking some cats.”

MSW and James both shared that while it’s a tough day out and some people still have a deep-rooted hatred for Bitcoin, the process can be “very rewarding.” What’s stopping you from asking your local merchant, anon?