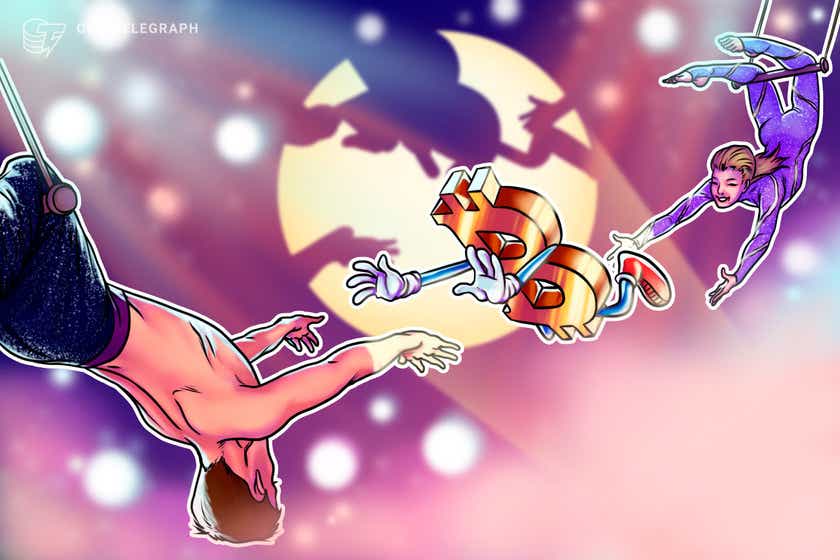 Data from Cointelegraph Markets Pro and TradingView followed BTC/USD as it ranged after hitting its lowest levels in nearly six weeks.

Amid six-month lows for sentiment and a feeling of foreboding on social media, analysis investigating trader behavior nonetheless concluded that all is not as bad as it seems.

In a series of posts on the day, popular Twitter account Byzantine General argued that for all the downside, sellers are practically exhausted.

“This is starting to feel very similar to the 30k range now,” he summarized.

“The imbalance between bid & ask side is getting crazy. Spot bids keep getting filled with new orders showing up, meanwhile ask side fails to repopulate in any meaningful capacity.”

Bitcoin order books involve both “active” and “passive” flows, and it is the former trading live spot that naturally sets the trajectory at a given time.

“At this point it’s a waiting game… Because price is sitting on top of a thick bid side and the active (sell) flow has given up,” Byzantine General continued.

Looking ahead, the status quo cannot last, as those buyers will want to move the market by shifting their bids higher. This, the theory goes, should spark a snowball effect to “slice through the book like it’s butter.”

“This is the feeling I got at the 30k range and I’m getting it again,” he added.

“Maybe there’s a little less buying juice left in the tank than before, but I still think this range is probably accumulation and not re-distribution.”BTC/USD 1-day candle chart (Bitstamp) showing summer consolidation period. Source: TradingView

Responding, fellow trader Pentoshi, who has adopted a conspicuously cool perspective on Bitcoin’s cycle future since November, warned that it was not just a matter of order book cues.

November’s $69,000 all-time highs saw the beginning of selling from long-term holders, this is common with every bullish cycle top.

The short-lived nature of the “top” in 2021, however, has left many assuming that the real cycle peak has indeed not yet arrived.

For the meantime, however, the similarities to summer’s $30,000 floor were undeniable for market participants on the day.

$42,333 was the first wick low and retest of key trendline. Today we retesting the wick low while trendline is at $39,9

Relcaim or one more month of similar choppy PA like at $30k. Revisit the thread. https://t.co/TT9iPkSau8 pic.twitter.com/MUCzzqU2GA