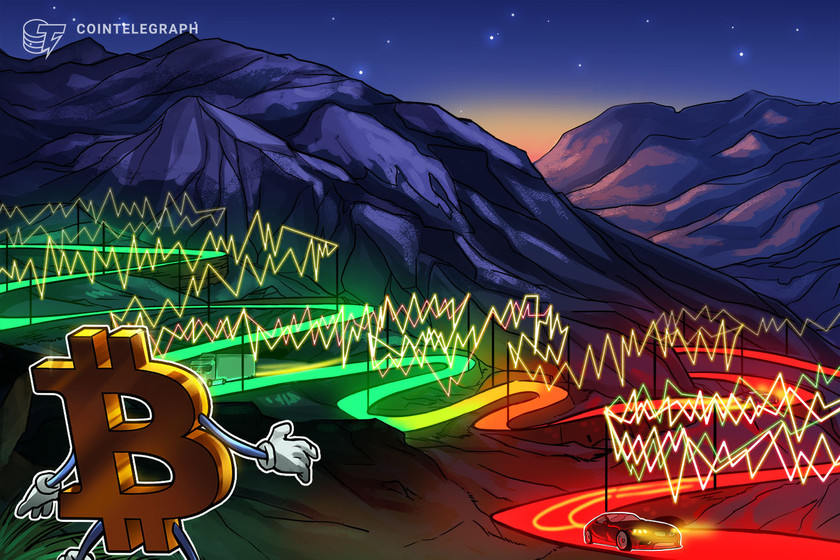 Bitcoin (BTC) is on track for its biggest weekly gains since March, but not everyone is convinced the good times will last.

Crypto sentiment highest since early May

Data from Cointelegraph Markets Pro and TradingView shows that at the time of writing, BTC/USD is up over $2,000 this week — nearly 12%.

After spending several days trapped in a narrow range, the pair managed to exit to the upside, the gains accelerating overnight into July 8 to see highs of $22,401 on Bitstamp.

Those highs alone are noteworthy, coinciding with Bitcoin’s 200-week moving average (MA), an essential level in bear markets which has acted as resistance since last month.

While consolidating around $1,000 lower, Bitcoin nonetheless is showing the potential for a trend turnaround. Beating out the 200-week MA, however, will be no easy task.

“Well, Bitcoin, $22.3K was reached and all the highs have been taken for now,” Cointelegraph contributor Michaël van de Poppe summarized in a Twitter update.

“Some consolidation and build-up is required (might retest $20.7Kish) before markets are ready to break above 200-Week MA, which will be a heavy one.”BTC/USD 1-week candle chart (Bitstamp) with 200-week MA. Source: TradingView

Van de Poppe previously suggested that there is “probably an insane amount of liquidity above the 200-Week MA,” and that breaking through could see a run as high as $30,000.

“And then the sentiment will flip too,” he added.

Signs of change in the overall market mood were already visible on the day, however, with the Crypto Fear & Greed Index hitting its highest levels since May 7. At 20/100, the Index remains in its “extreme fear” zone.

Another day, another two-decade DXY high

The latest price action is meanwhile not without its naysayers, some of whom expect deeper macro lows to enter before any significant recovery.

Later, he noted that Bitcoin was increasing despite renewed strength in the U.S. dollar index (DXY), and that “spoofing” on major exchanges was adding to the chances of the latest move being a fakeout.

“DXY going parabolic. Bitcoin going up a bit and people getting euphoric and calling for 40k. Not a single bullish sign to support this move up and price is still at 21k-22k (resistance),” he warned Twitter followers.

“Rejection will be strong. Altcoins could drop 45-50%. There will be no mercy.”