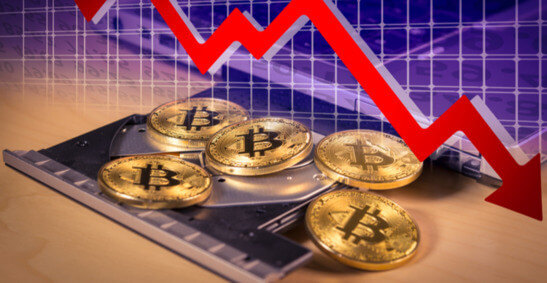 The price of Bitcoin fell 10% in 24 hours to plunge past the critical $50,000 support level. After succeeding in their quest to breach the psychological $50k anchor, bears pushed as far as $47,658 on crypto exchange Coinbase.

Yesterday we highlighted that BTC had retested a crucial support level and that it was vulnerable to further losses. The 10% dip over the last 24-hour period confirms the technical outlook, with weekly losses for the BTC/USD pair now around 24%.

What next for BTC?

Bitcoin has experienced several dips since its parabolic rally above $20k started last December. The latest crash is key, however, as it takes BTC below a price level bulls have tried to defend strongly since early March.

Several analysts have reacted to Bitcoin’s dip by suggesting that prices could fall even further in the short term. However, the general view is that BTC is still in a bull market and that fresh gains are likely to take it to a new all-time high.

Michael van de Poppe, a respected crypto analyst and trader says that the dip might be a “liquidity tap.” However, if BTC breaks lower, the next key level to watch is the 21-week MA ($42,752).

#Bitcoin lost that $50K level (might still be a pretty much liquidity tap, but have to see), through which the next area that I’m looking at is the 21-Week MA.

If you’re new; great chances of buying the dip currently.

Mira Christanto, a researcher at crypto data firm Messari, has noted that Bitcoin’s pullback is “all part of the plan” in the overall bull run. According to the analyst, the current pullback pales in comparison to 2017 when the market saw seven pullbacks averaging 35% even as BTC/USD rallied to top out at $20k.

According to Filbfilb, the crash reflects the “1-year hodl wave” that helps to identify “cyclical investor behavior.” Per the analyst, the sell-off provides an opportunity for the market to get the liquidity demanded as was the case during the 2017 bull run.

The RSI is trading near oversold territory, suggesting the path of least resistance is downwards. If bearish pressure increases, there’s likely more pain for bulls towards two key price levels: the horizontal support at $45,500 and $40,600.