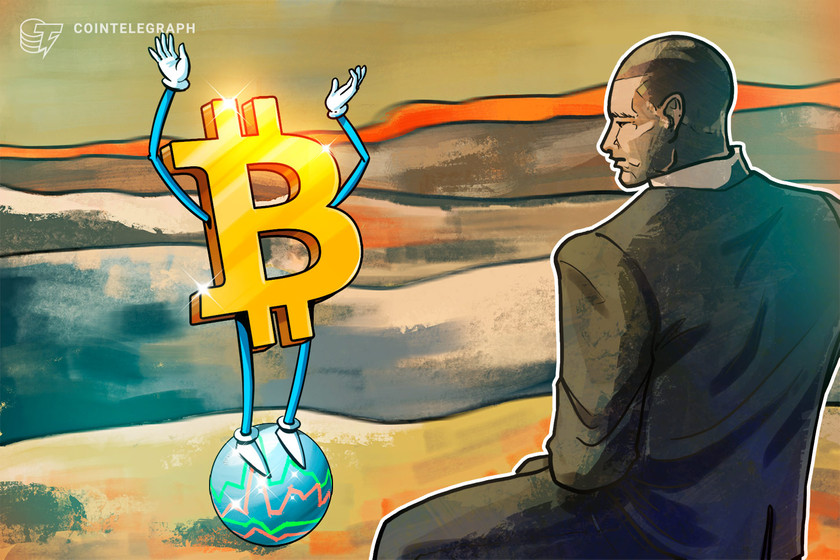 A handful of analysts and traders attribute the July 26 to July 27 Federal Open Market Committee (FOMC) meeting and the expected Federal Reserve rate hike as the primary reasons for the current sell-off.

Barring the announcement that the United States economy has entered a recession, a few traders believe that the expected 75 to 100 basis point (BPS) hike will be followed by a relief rally that could see BTC, Ether and other large-cap altcoins snack back to the top of their current range. Of course, this sentiment reflects more speculation than sound analysis, so take it with a grain of salt.

Given that BTC price is simply continuing to trade in the same range that it has been in for the past 42 days, the real question is whether the market will bring more consolidation or another round of capitulation.

In its July 26 on-chain newsletter, Glassnode analysts posit that investors can find their “conviction through confluence” of multiple technical and on-chain metrics which suggest the peak of capitulation has long past.

According to the analysts, rapid deleveraging threw many metrics into “extreme statistical deviations” and with the worst of the selling possibly behind us, Bitcoin price returning to the high $20,000 zone was expected.

Glassnode notes that the:

“The June leg down in price action has produced the lowest 4-yr rolling Z-Score value on record.”

And the analysts explained that the 4-year rolling MVRV Z-score “signaled undervaluation for all bear cycle bottoms, including 2015, 2018, and the March 2020 flash crash.”

When compared against various cohorts of long and short-term sellers, and metrics like Realised Price, Mayer Multiple and longer-term daily and weekly moving averages, Glassnode suggests that confluence in the indicators when compared against historical data point to growing bullish momentum and signs of a bottom.

On-chain data spots a bottom, but what does technical analysis say?

From the perspective of technical analysis, Bitcoin’s move to $24,200 presented a brief breakout from the current range, but the inability to sustain momentum at this level presented the necessary alternative of a lower support retest in the at the range midline near the 20-day moving average ($21,500).

According to independent market analyst Michaël van de Poppe, $21,600 was the area for BTC to hold and below this the asset’s price action is dependent upon commentary from this week’s FOMC comments.

The markets are correcting and preferred was $21.6K to hold for #Bitcoin.

That’s a crucial breaker now too if it breaks to the upside -> new highs.

If <100bps -> upwards after. pic.twitter.com/tueXPNprza

CryptoISO expressed a similar sentiment regarding the correlation of equities to Bitcoin and the importance of the $21,500 zone for BTC price.

Part of longing the 21.5k zone on BTC was confluence w support on NQ.

Retesting a breakout now but all this looks like crap to be honest.

Selling before tomorrow is interesting though.

If you are bullish you want to see that but earnings is driving it so far. pic.twitter.com/rh5d3wKgjG

Fractal lovers will note that the price action within the current range is eerily similar to the May 8 through July 12 range-bound trading and following breakdown that took place on July 12, but analysts would quickly point out that back-to-back calamities like Voyager, Celsius and 3AC blowing up played a significant role in that sell-off, whereas now there appears to be no discernible black swan events on the horizon.

Regardless, both reflection periods of 34 to 42 days of sideways trading and on many occasions, veteran trader Peter Brandt has identified the current market structure as a “bearish rectangle” technical analysis pattern.

In the event that the pattern breaks to the downside from the current range, this would place the price in the $14,500 to $13,000 zone some traders have been lusting for.

Ultimately, last week’s range breakout to $24,200 (July 20) pierced the upper band of the Bollinger Bands momentum indicator and now that price is below the midline, there is an increased chance that BTC could trade down to the lower band which conveniently resides at the bottom of the current range ($24,200 to $18,600).