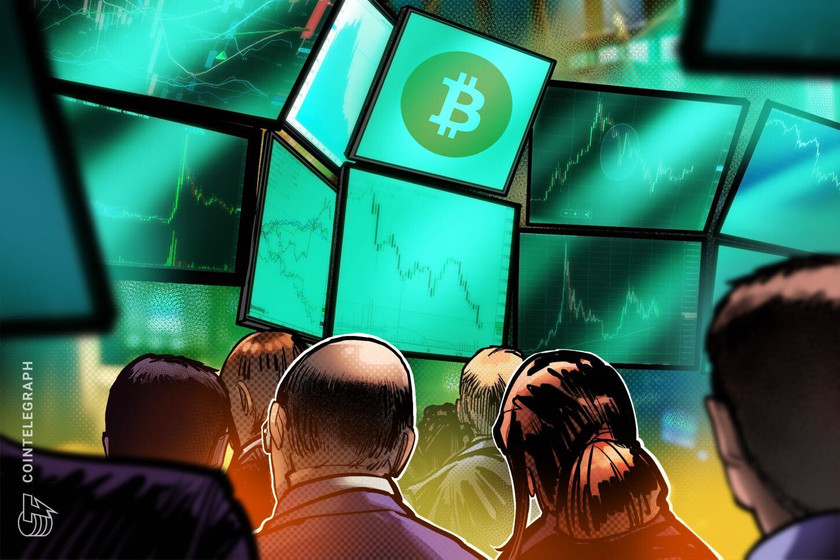 Cryptocurrency investors continue to enjoy this week’s bullish price action after Bitcoin, Ether (ETH) and a handful of altcoins rallied on July 20 alongside gains in the traditional markets.

Data from Cointelegraph Markets Pro and TradingView shows that a midday rally by Bitcoin (BTC) bulls managed to lift the top crypto to a daily high of $24,281, which sparked a new round of bullish proclamations on crypto Twitter.

While the week-long climb has helped boost investor sentiment, several analysts are warning traders to not get too far ahead of themselves because the market is still providing some red flags worth taking note of.

Prepare for an inevitable pullback

Bitcoin’s climb above $24,000 officially confirmed a breakout from the previous trading range between $18,000 and $22,500 according to market analyst Caleb Franzen, who posted the following chart noting that the question the market now faces.

“Regardless, my belief is that the next pullback will be a major test within this bear market. Will buyers step in aggressively on a pullback or capitulate?

One reason to be wary of the current rally’s ability to sustain itself is the lack of whale wallet activity according to on-chain research firm Jarvis Labs.

The red and orange dots on the BTC divergence chart above represent buying activity by large and small whale wallets at different points in time. As shown in the red highlighted box, activity from whales has been almost non-existent over the past few months as Bitcoin trended down.

Data from Jarvis Labs also showed that larger entities have yet to return to active buying, and the chart below shows the change in BTC whale holdings.

We want to see this pattern of colored dots begin moving up and to the right. If we get it, then that’ll be a positive sign that any rally could have significant momentum behind it.

Based on the trends identified, Jarvis Labs stated that “it is hard to get too excited about a rally extending beyond the liquidity that sits around $28,000,” and instead suggested that “For now the lower band at $25K seems most likely.”

The turnaround in sentiment over the past week was acknowledged by market analyst and swing trader il Capo of Crypto, who noted that the “Low timeframe trend is bullish, no doubt about it.”

But before jumping all in on this rally, il Capo of Crypto also posted the following chart warning that the “high timeframe trend is still bearish and this is another lower high.”