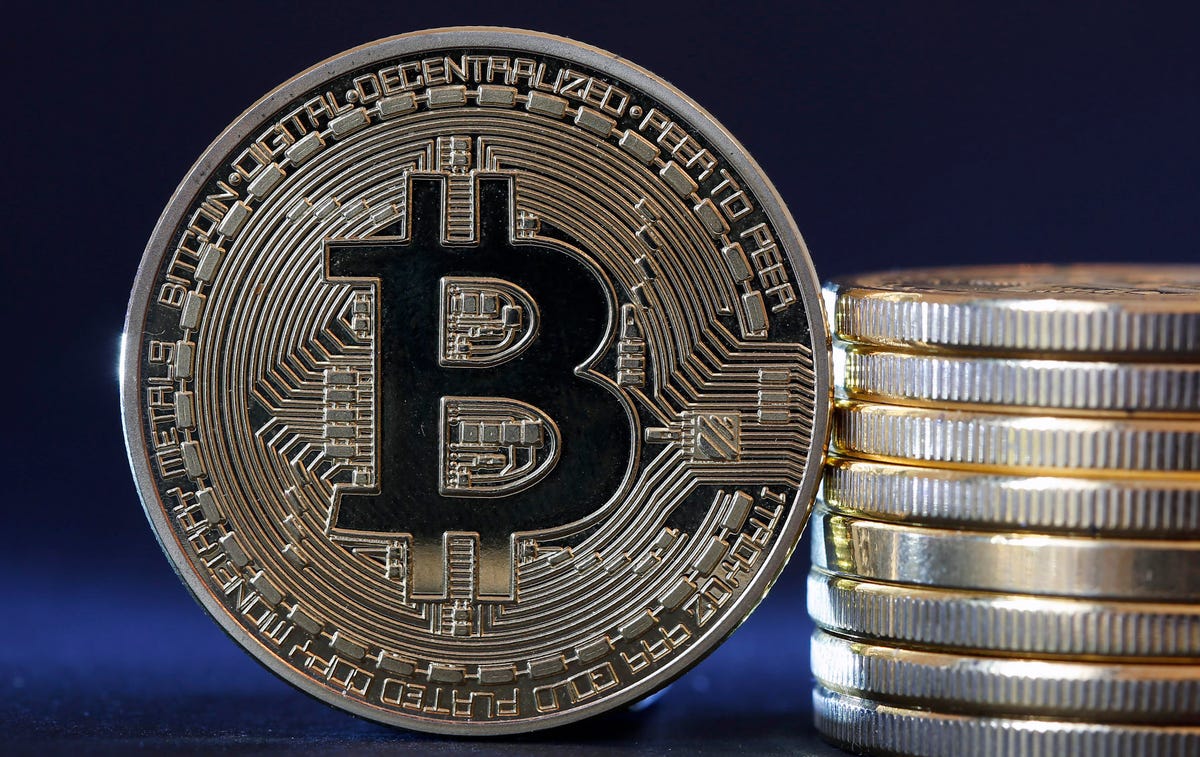 Bitcoin prices experienced a brief jump this morning, and have been trading reasonably close to … [+] their intraday high. (Photo Illustration by Chesnot/Getty Images)

Bitcoin prices spiked earlier today, pushing higher as the cryptocurrency benefited from several developments that could be considered bullish.

Some market observers pointed to a short squeeze as triggering this sharp rally.

Daniel Joe, whose Twitter profile describes him as both a technical analyst and author, posted a tweet illustrating how bitcoin’s price rally coincided with several short contracts for the digital asset being liquidated.

While more than one analyst pointed to a short squeeze as fueling bitcoin’s upside this morning, some experts were less convinced.

“With regard to the current rapid rise of BTC, it could be a short squeeze but it’s hard to say for sure,” said Julius de Kempenaer, senior technical analyst at StockCharts.com.

“In the end of the day it does not matter too much where the demand came from, there was / is strong buying activity and that is pushing the price higher.”

While de Kempenaer spoke to market dynamics, Marc Bernegger, a board member of Crypto Finance Group, took a different approach.

“The short squeeze was just partly responsible for today’s price move and the main reason behind was Federal Reserve Chairman Jerome Powell saying the U.S. didn’t have plans to ban cryptocurrencies,” he stated.

“I don’t know what short float looks like on Bitcoin, but I can’t imagine that it made a material impact on the rally,” he said.

“I believe the rally is due to Jerome Powell and Gary Gensler having positive comments yesterday,” added Sifling.

“Jerome suggested that the central bank would not ban crypto like China did. Gary mentioned support for a bitcoin futures-based ETF.”

“These comments, along with the mess of debt ceiling/gov shutdown/infrastructure bill/ inflation worries in the U.S, are setting up during a seasonably favorable period for BTC.”

Charlie Silver, CEO & Chairman of Permission.io, also commented on key government developments, more specifically those involving the potential to get rid of the limit the U.S. federal government has on its debt.

“A major factor driving the positive spike in BTC is all the talk in Washington about eliminating the debt ceiling,” he stated.

“Even though the debt ceiling has no real substance, at least every couple of years Congress and the President have to face the public about the need to continually increase the federal debt,” said Silver.

“The only way the Federal Government can service that increasing debt load is for the Fed to buy Federal Bonds. In other words, ramp up the printing press.”

“Crypto is a response to the irresponsible Fiat currency management and we are seeing it all on display,” he concluded.