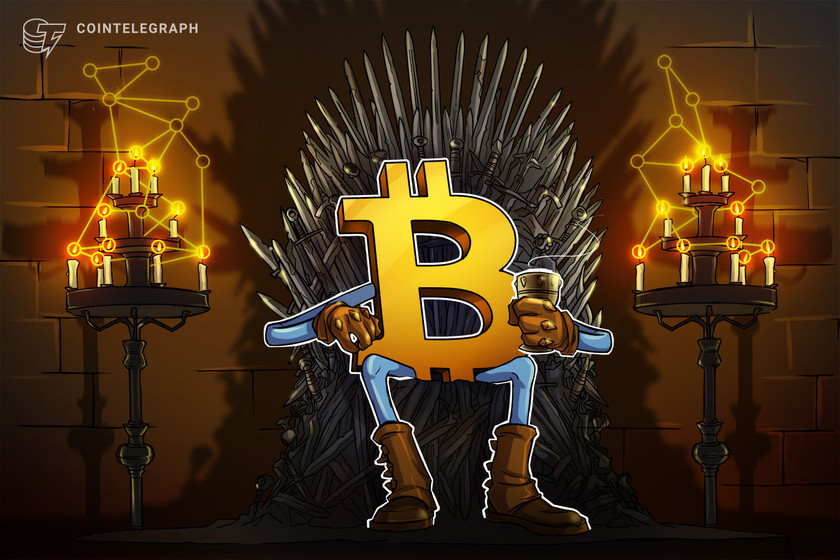 The cryptocurrency bear market has had an impact on how people pay with crypto, but Bitcoin (BTC) remains a major payment tool despite huge volatility, according to data from BitPay.

The share of Bitcoin payments in the total BitPay transactions has been shrinking amid the ongoing cryptocurrency winter, but it’s still the most popular cryptocurrency for payments on the platform.

The sales volumes of Bitcoin-based payments on BitPay accounted for as much as 87% last year and dropped to 52% in the first quarter of 2022 amid the bear market, BitPay’s vice president of marketing Merrick Theobald told Cointelegraph. In contrast to the number of transactions, Bitcoin sales volumes on BitPay are associated with the total value of crypto payments processed in Bitcoin.

Theobald stressed that overall BitPay transactions remained stable despite the market decline, with monthly transactions surging from around 58,000 in 2021 to 67,000 transactions in 2022.

In line with sales volumes, the amount of Bitcoin payment transactions has also been significantly falling this year. According to data from BitPay, the BTC transaction share dropped from 57% in March to 48% in July.

On the other hand, BitPay users have been increasingly paying in other cryptocurrencies like Litecoin (LTC), as LTC transactions surged from 14% in March to 22% in July.

Despite a massive drop in Bitcoin payments amid the bear market, BTC still remains the cryptocurrency most commonly used for transactions on BitPay and makes up more than 50% of all sales on the platform. According to Theobald, that is another evidence that Bitcoin’s payment utility use case — the one originally described by BTC creator Satoshi Nakamoto — is still relevant. The exec said:

“People still use BTC on BitPay more than other cryptocurrencies because it is the oldest and most well-known crypto, it has the largest market cap, and it has proven over the years to be a great digital payment tool.”

Theobald also suggested that some users might have preferred to pay with Bitcoin amid the bear market because it can be more expensive to sell BTC at an exchange and use it later to buy items online. “BitPay provides customers with a more direct and less expensive way to use their Bitcoin to buy everyday items,” he added.

BitPay is one of the largest cryptocurrency payment companies in the world, allowing individuals and businesses to buy products and services with crypto or accept crypto as payment. BitPay provides crypto payment services to a wide number of companies in the United States, including Newegg, Verifone and Shop.com. The BitPay platform has also gained popularity for administrative payments and donation campaigns in the United States.

The news comes amid JPMorgan reporting on decreasing demand for cryptocurrencies as a payment method over the past six months. Takis Georgakopoulos, JPMorgan’s global head of payments, said that the bank has been handling significantly fewer crypto payments, reportedly stating that JPMorgan sees “very little” demand for such payments right now.