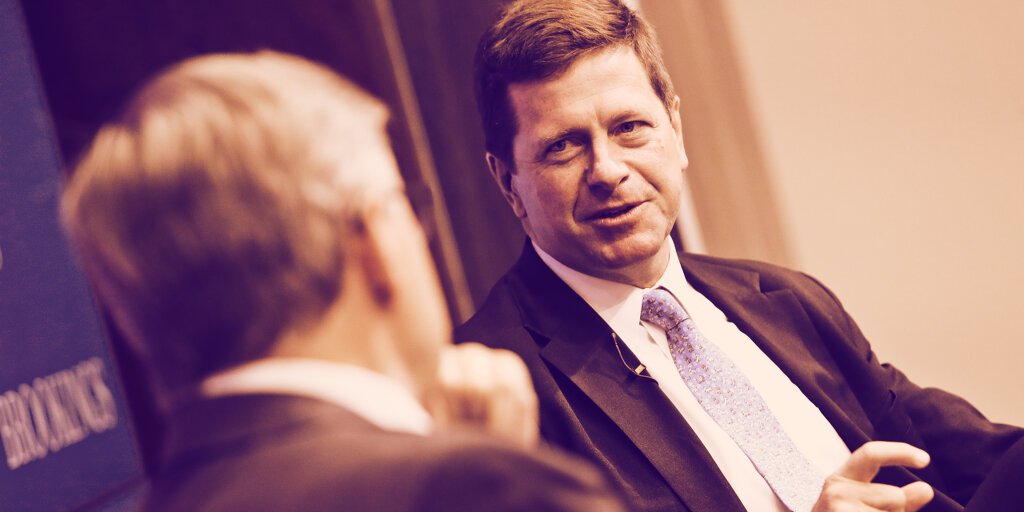 Former SEC chairman Jay Clayton says that Bitcoin isn’t a security—and hasn’t been classified as such for a long time. His comments come as Ripple urges the SEC to examine Bitcoin and Ethereum in its defense of XRP.

Bitcoin is not a security—but that doesn’t mean that it won’t be regulated, former US Securities and Exchange Commission (SEC) chairman Jay Clayton said today.

Clayton, who now advises One River Asset Management on cryptocurrency, told CNBC that Bitcoin was not a security long before he joined the SEC. But regulation of the asset will still inevitably come, he added.

“Where digital assets land at the end of the day–will be driven in part by regulation both domestic and international, and I expect that regulation will come in this area both directly and indirectly,” says Former SEC Chairman Jay Clayton on #bitcoin. pic.twitter.com/voWcgCFqOH

“[Bitcoin not being a security] does not mean that it should not be regulated,” he said.

“In fact, where digital assets land at the end of the day, which is very much a wide-ranging question, will be driven in part by regulation—both domestic and international—and I expect, and I’m speaking as a citizen now, that regulation will come in this area both directly and indirectly whether it’s through how these are held by banks, security accounts, taxation and the like.”

Clayton’s comments come as Ripple, the company behind XRP, previously the third-most capitalized cryptocurrency in the market, asks the SEC to reexamine Bitcoin and Ethereum. Specifically, Ripple wants a court to compel the SEC to share its internal discussions about Bitcoin and Ethereum in the hopes that it will improve its own case for XRP.

Ripple is facing a billion-dollar lawsuit from the SEC, which filed its complaint just before Clayton stepped down as chairman. The Commission alleges that the company illegally raised $1.3 billion through the unregistered sale of XRP, which the SEC says was a type of security known as an investment contract.

But Ripple says XRP is not a security—but rather a cryptocurrency. The company is in the process of fighting the SEC’s lawsuit on those grounds.

As part of its defense, Ripple asserts that the SEC should class XRP as a virtual currency, just like it classes Bitcoin and Ethereum virtual currencies and not securities.

The lawsuit has so far proven to be detrimental for the firm, and for XRP: top crypto exchanges like Coinbase, Binance, and Kraken have halted all XRP trading. The price of the currency also dipped, and it fell down the list of the top cryptocurrencies by market cap—dropping from third to seventh in a matter of months.