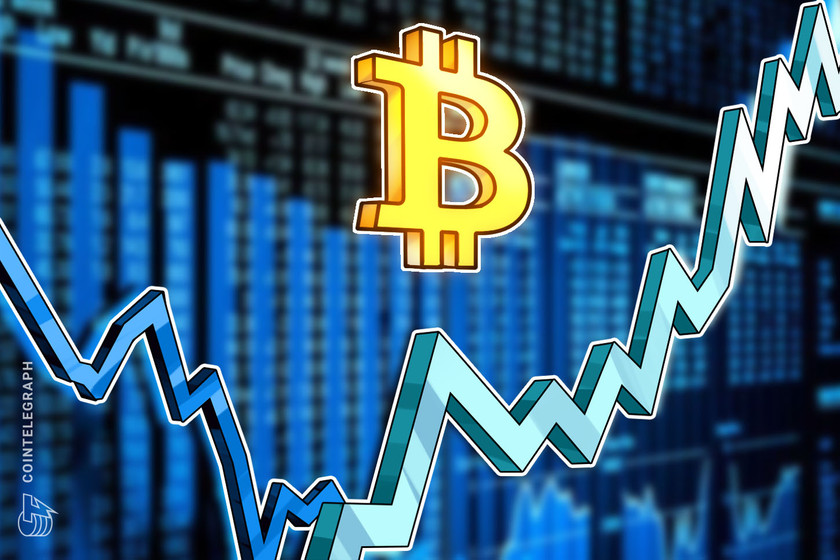 Bitcoin (BTC) is looking increasingly like it is in a “supercycle,” not just a bull cycle, statistician Willy Woo suggests.

In a Twitter exchange on Feb. 12, the popular analyst joined Dan Held, growth lead at U.S. exchange Kraken, calling the current BTC market a bull run like no other.

Held had previously explained his theory about the state of Bitcoin in 2021 — that price gains cannot be compared to past bull phases, and do not even match the end of 2017 when BTC/USD neared $20,000.

Instead, this year is looking like a bull run on a wholly different magnitude — a “supercycle” in the making for Bitcoin.

In his own observations, Woo confirmed that data pointed to retail investors returning to Bitcoin in January.

“Retail has arrived. The last 4 weeks. Welcome to the middle phase of the bull market. This one is like no other,” he wrote.

When Held suggested that the supercycle had arrived with them, he responded that 2021 would provide confirmation.

“Can answer that with more confidence in Q4. Right now it’s only fundamental narrative, need to see if the capital flows validate it,” he continued.

“The setup has me leaning towards it.”

Search interest in “Bitcoin” spiked in the first portion of 2021, but still has noticeably more ground to cover in order to match the peak of 2017.

With Bitcoin poised to tackle $50,000 resistance next, longer-term price indicators continue to point upwards even after the heavy upside of the past few months.

As Cointelegraph reported, Bitcoin so-called “thermocap” is one such metric suggesting that the gains are only getting started and a top is still far off.

In an update this week, Rafael Schultze-Kraft, CTO of on-chain analytics resource Glassnode, estimated that should Thermocap repeat its 2017 performance, BTC/USD could hit $110,000.

“Last bull market, $BTC was at ~$8,500 when Marketcap to Thermocap was at the current levels – and surged another 135% to the top in just a month. Things can go fast,” he tweeted.

Macro pointers likewise continue to provide the perfect backdrop for increased interest in Bitcoin across the board. Last week, the U.S. Federal Reserve added to its balance sheet to the extent that it broke all-time highs once again.

“Fed’s balance sheet is smaller than #ECB’s, at 70.7% of GDP, and much smaller than those of SNB or BoJ where total assets are >100% of GDP.”
Source link
Subscribe
Login
0 Comments
Inline Feedbacks
View all comments
Bitcoin Directory
Altcoin Directory
Exchange
Gambling