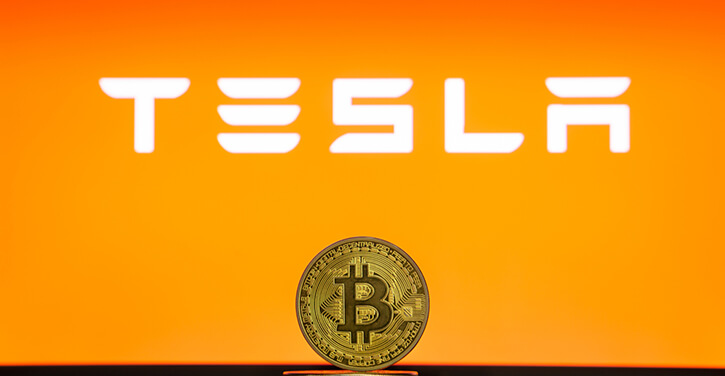 Bitcoin (BTC) continued its record-setting year by reaching a new all-time high above $47,000 following Tesla’s investment in the cryptocurrency

The leading cryptocurrency continued it’s record-breaking 2021 yesterday after it reached a new all-time high (ATH) price. Bitcoin’s price blasted through $45,000 to reach $47,000 in less than an hour yesterday evening following reports that Tesla had invested $1.5 billion in BTC.

Tesla’s investment led to a buying frenzy, as investors became bullish about the cryptocurrency. Bitcoin hit $47,513.57, a new ATH within an hour of hitting $45,000 on cryptocurrency exchanges. It has, however, retraced and is currently trading above $47,000 on trading platforms.

The surge upwards was caused by Asia traders waking up to Tesla’s news in addition to the lack of resistance levels above $45,000.

The primary cause of this rally is Tesla’s investment in Bitcoin. Elon Musk has long been a cryptocurrency proponent and has promoted Bitcoin and Dogecoin in recent months. Tesla also revealed that it was adding Bitcoin to its payment network and would accept payment for its products with the cryptocurrency.

While Tesla’s investment was the key reason for pushing the BTC price to $47,000, there are other reasons for the cryptocurrency’s stunning rise this year. An increasing number of institutional investors are entering the cryptocurrency market as they consider BTC to be an excellent store of value.

Paul Tudor Jones II and Bill Miller called Bitcoin a potential hedge against inflation as the Federal Reserve and other central banks globally pump trillions of dollars of freshly minted money into the financial markets to eradicate the Coronavirus-induced recession.

Tesla’s latest move meant it had joined the likes of MicroStrategy and Square as publicly-traded companies that invested corporate money into BTC. At its current price, some investors believe the current rally is just starting and could last for a few more months.

Institutions like Tesla are buying Bitcoin to hodl, leading to a further decline in BTC’s limited supply. Currently, less than 3 million bitcoins are left to be mined, and it would take decades before they enter the market.