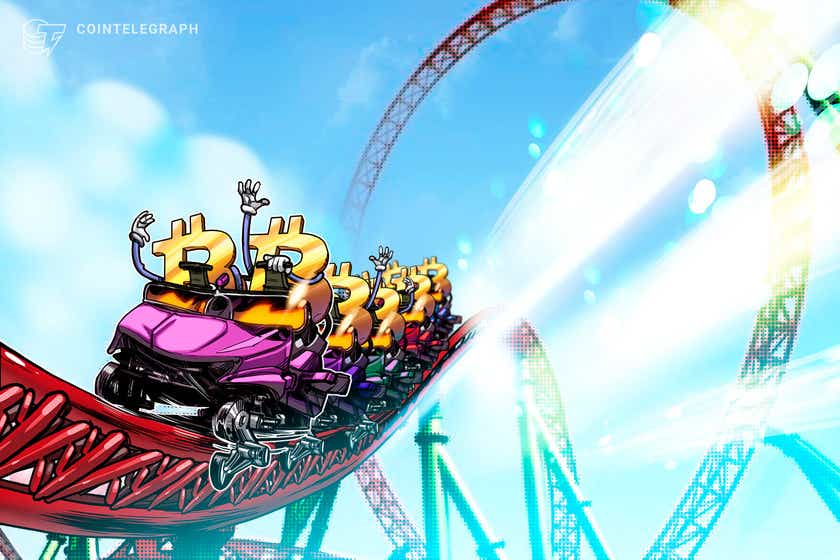 The bearish pressures facing the cryptocurrency market at the end of 2021 have continued into the first week of 2022 after the price of Bitcoin (BTC) dropped below $47,000 on Jan. 1 and the asset still faces stiff headwinds on the shorter timeframe charts.

Data from Cointelegraph Markets Pro and TradingView shows that, after climbing above $47,500 to start the new year, the price of BTC fell under pressure in the afternoon on Monday. Currently, the price has dropped to $46,500 where bulls now look to mount a defense.

Here’s a look at what several analysts in the market are saying about the path ahead for Bitcoin in 2022 as the global economic system continues to grapple with inflation.

Analysis of the weekly price performance for BTC was addressed by crypto trader and pseudonymous Twitter user ‘Rekt Capital’, who posted the following chart highlighting the main support and resistance area at $48,670.

As shown in the above chart, “BTC has successfully retested the black diagonal as support” according to Rekt Capital, and “has been doing so for three weeks straight.”

The weakness to start the year has positioned BTC below the established support zone highlighted by the red horizontal line. Rekt Capital sees this as a potential target to keep an eye on in the near term.

“However, recent weekly close means that the red horizontal (~$48,670) has been lost as support. BTC could bounce soon in an effort to reclaim red as support.”

The current weakness for BTC was also addressed by analyst and Cointelegraph contributor Michaël van de Poppe, who posted the following tweet that suggests that the rejection at $48,000 could lead the price to slide below $46,000.

#Bitcoin rejected at the $48K level, through which it’s still seeking support to be hit.

Despite the short-term struggles for Bitcoin, the long-term outlook continues to look bullish for many investors. Among them includes analyst and pseudonymous Twitter user ‘GalaxyBTC’, who posted the following chart outlining a possible breakout in Q1 of 2022.

“It’s just a matter of time before BTC breaks out, and the longer it takes the harder it will pump. Q1 is up only.”

Bullish cup and handle formation hints at moon by March

This positive future outlook for BTC expressed by GalaxyBTC was echoed by crypto trader and pseudonymous Twitter user ‘Bobby Axlerod’, who posted the following chart outlining the predicted trajectory of a cup and handle formation on the Bitcoin chart in the months ahead.