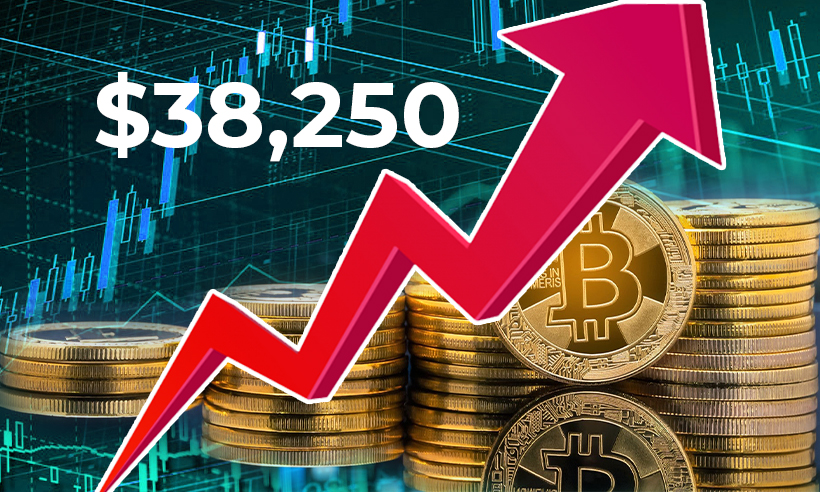 Bitcoin prices have surged to $38,250, as the world’s most influential banking regulator Basel Committee proposed stringent capital controls for institutions with exposure to the flagship digital currency. The Basel Panel is looking to assign crypto assets to the highest risk category with a risk weight of 1,250%. The development comes at a time when consumer interest in the exploding crypto scene is rising with many financial firms offering transaction services in digital assets.

Bitcoin Up by 5.1% in Light of Basel Committee Proposal

While the panel hasn’t defined a timeline for the rules to take effect, it has invited stakeholders to offer their comments till Sep 10.

Millennial Millionaires Have 25% of their Wealth in Crypto

Almost half of millennial millionaires have at least 25% of their wealth invested in cryptocurrencies. According to CNBC’s Millionaire Survey, nearly 47% of the respondents had more than a quarter of their entire worth parked in crypto assets.

The results underlined the role played by the generation gap in investment decision-making. Young millionaires had spotted the potential in crypto markets at an earlier stage and capitalized on the burgeoning demand later. Meanwhile, older millionaires were unlikely to place their trust in cryptocurrencies.

Overall, 83% of American millionaires had none of their wealth tied to crypto assets. In fact, older investors and boomers, in general, remain skeptical about the legitimacy of the crypto ecosystem. George Walper, president of Spectrum group, which helped conduct the survey said, “The younger investors were more intellectually engaged with the idea even though it was new. Older investors and the boomers were largely saying ‘Is this legit?’”

The two generations also differ starkly in their opinion of NFTs. Around 40% of the millennial millionaires surveyed, don’t own a non-fungible token but are willing to consider it, whereas, 98% of boomer millionaires don’t own any NFTs and aren’t considering buying them. Walper suggests “NFTs have only recently started to be part of the media coverage, so the older generations are further behind on the understanding.”