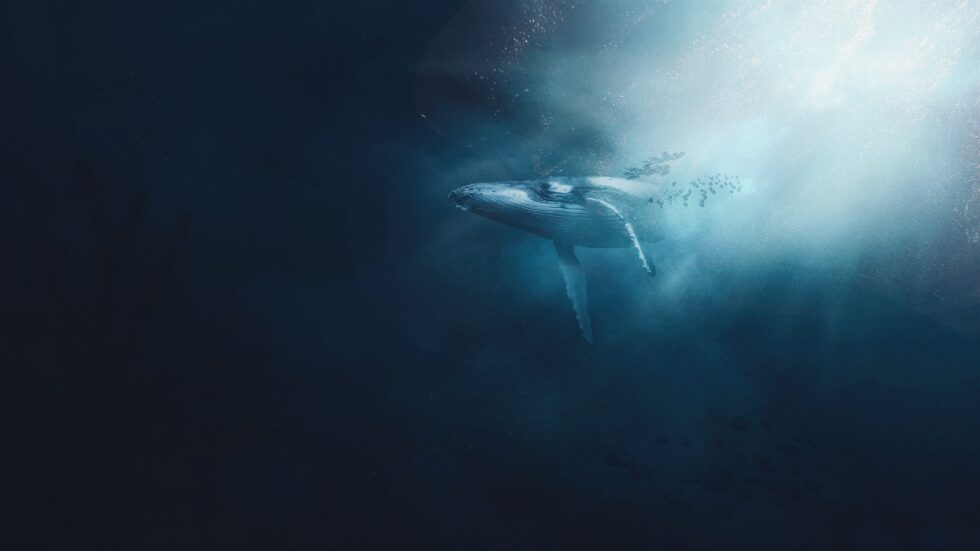 Data shows Bitcoin whales have been inactive recently as transactions of more than $10 million now account for only 19% of the total volume.

According to the on-chain analytics firm Glassnode, these large transactions made up 42.8% of the entire BTC volume back at the start of November 2022. The “volume” here refers to the total amount of Bitcoin being transacted on the network on any given day.

The “relative transfer volume breakdown by size” (the indicator of relevance here) tells us what part of this BTC volume is being contributed by the different-sized transaction groups in the market.

Now, below is a chart that shows the trend in the Bitcoin relative transfer volume breakdown by size during the last few years:

The dominance of each transaction group in the BTC market | Source: Glassnode on Twitter

As the above graph displays, the shares of the different transaction groups have shifted in the Bitcoin market recently. More specifically, the dominance of the transaction group with transfers valued higher than $10 million (with no upper bound) has significantly fallen in recent weeks.

Since only the whales deal with transfers carrying such high amounts, this transaction group may be used to track the activity of these humongous holders. Back during the start of November last year, the transaction dominance of this cohort was about 42.8%. However, since then, the percentage of the volume being contributed by this group has fallen to just 19%.

The indicator’s value is now the same as in December 2020, which means the metric has reset to pre-2021 bull run levels now. Interestingly, this dramatic plunge in the dominance of the transactions of these whales came right after the collapse of the crypto exchange FTX took place. There could be a couple of implications for this trend.

The first could be that these whales already exhausted their selling appetite during the FTX crash and are now no longer interested in selling the coin. This would suggest that the recent lows may have been the bottom for this bear market. Back in the 2018-2019 bear market as well, this cohort’s dominance declined to low values as the cyclical lows were attained.

However, another thing this trend implies is that these whales haven’t been buying recently either. If they were buying around the current lows, then there would still be significant transaction activity from them.

In the past, bull runs have been fueled by these whales as their dominances have spiked during such periods. So, if the metric shows any significant improvements in the volume of these transactions, then Bitcoin could see a return of some bullish trend. But for now, the activity of this cohort continues to be muted.