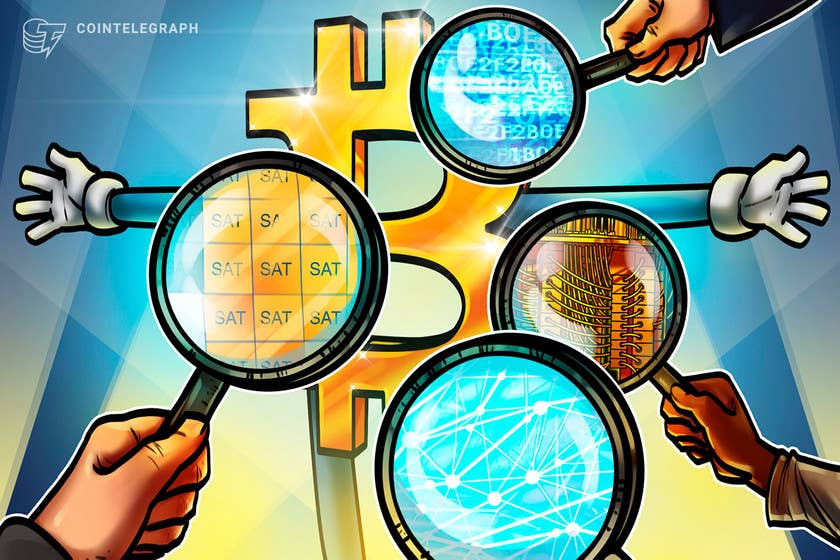 For years, the narrative surrounding Bitcoin (BTC) has been one which has portrayed the digital asset as being a hedge against monetary inflation. This is because inflation figures have been on the rise across the board over the last couple of years thanks in large part to governments printing copious amounts of their local fiat assets to counter the financial devastation caused by the COVID-19 pandemic.

To put things into perspective, since the onset of the virus last year, President Biden’s stimulus plan has brought America’s total relief-debt tab to $5 trillion. Another way to visualize the immensity of these numbers is by considering that over the course of 2020 alone, the Federal Reserve issued more than 40% of all USD in existence currently.

And, while one may be led to believe that such striking data may have worked in favor of Bitcoin to further bolster its stature as a tangible long-term store of value in the eyes of many across the globe, a recent report released by crypto analytics firm Chainalysis seems to suggest that BTC may not be the inflation hedge that many had touted it to be initially. On the subject, the Chainalysis’ head of research Kim Grauer noted:

“Right now, we can’t show a statistically significant correlation between inflation in the U.S. and Bitcoin prices, but we know anecdotally that many people invest in Bitcoin as a hedge against inflation.”

But this is not the end of the debate.

Not set in stone

Inflation numbers continue to remain a hot topic of discussion, as is highlighted by the fact that earlier this year in June, the PCE index — which serves as a key indicator of the American public’s spending power — revealed that inflation figures are currently at their highest levels in over a decade.

Thus, in order to get a better understanding of whether BTCs perceived value as an inflation hedge may be fading, Cointelegraph spoke with Bobby Zagotta, CEO of cryptocurrency exchange Bitstamp U.S., who opined that “Bitcoin and crypto as an entire asset class have grown beyond the discussion of whether it’s merely a hedge against inflation.”

Matt Luczynski, CEO of multi-chain NFT marketplace HooDooi.com told Cointelegraph that there is no doubt that Bitcoin is a good long-term store of value when one considers the economic structure underlying the traditional banking setup, adding:

“It [Bitcoin] provides more value, stability and security than any current centralized government-backed currency/asset. There are undoubtedly early adopters who essentially control the market in terms of price action but, over time, this will eventually even out as supply continues to become more decentralized into more and more hands.”

That said, he did concede that in order for the digital asset to gain more prominence as a store of value or a hedge, the crypto market as a whole needs to become more mature. “It [Bitcoin] is on the right track and moving in the right direction. In my opinion, it’s a long-term play,” Luczynski closed out by saying.

A closer look at the anti-hedge argument

Iqbal Gandham, vice president of transactions and payments at Ledger, told Cointelegraph that as things stand, he does not see Bitcoin as being viewed by the average investor as their primary bet against local fiat dilution.

That said, there is a big possibility that such a narrative may change quite drastically, but that it may take at least a few years for that to happen: “For it [BTC] to be a long-term store of value, it needs to align with inflation and dial down on the price volatility. This will only occur as adoption increases and the price finds a new norm.”

Providing a more holistic take on the matter, Anton Bukov, co-founder of decentralized exchange aggregator 1inch Network, told Cointelegraph that cryptocurrencies continue to remain a highly risky asset class, with many specialists, as well as ordinary investors, still quite uncertain about the industry’s future as a whole.

However, with a growing army of everyday users and institutional investors seemingly entering the fray, Bukov believes that there is enough reason to believe that Bitcoin will undoubtedly be able to fulfill the role of an SOV in the eyes of many in the future:

“After almost 13 years, Bitcoin has become an integral part of the modern world. I believe that BTC will keep its ‘digital gold’ status. Currently, there are more than 56 USD millionaires on the planter who have access to 21 million BTC that can ever be mined, therefore it seems almost impossible to me that it might lose its identity as a store of value.”

All about the long-term game

According to Nicholas Merten, CEO of financial platform Digifox and creator of DataDash YouTube channel, one of the many mistakes that most people make when criticizing Bitcoin’s store of value narrative is that they expect immediate results in relation to various macro events.

For example, he highlighted that if one were to take BTC’s recent halvings — which take place every four years — into consideration, most people claim that the price effects of these events are usually “factored-in” before they even occur. “However as we know, time and again, the market is treated to seismic rallies following a halving every time,” he added.

Merten is also of the view that people hedging against inflation have to take time to decide which assets they really want to allocate their capital to, a decision-making process that can quite often lead to variations and delays in asset prices. He added:

“A great example of this in traditional markets is adjusting the performance of the S&P 500 by the M3 Money supply. You’ll see it took 1 year and 5 months for the S&P 500 to revisit its previous valuation adjusted for inflation; does this mean equities fail at helping to store value? In my opinion, no – equities generally outpace holding dollars in a bank.”

While United States inflation numbers may be looking quite bleak at the moment, it should be highlighted that there are other smaller nations like Zimbabwe and Venezuela that have been on the receiving end of monetary devaluation numbers that are simply quite unfathomable for many.

In 2019, for example, Venezuela experienced an inflation hike of a whopping 10,000,000%, rendering the country’s local currency, the Bolivar, almost useless. As a result, reports at the time seemed to suggest that interest in digital assets had grown in tandem with this spike in inflation numbers.

“We know that in other countries that suffer from more severe currency inflation or devaluation like Venezuela and Nigeria, people use cryptocurrencies as a store of value,” Grauer pointed out.

As such, even though Bitcoin’s fixed supply narrative continues to showcase that the digital currency can indeed be viewed as a premier store of value, events such as May’s cross-market price crash seem to have called that narrative into question. Therefore, it will be interesting to see if Bitcoin proves to be capable of embarking on its own path, independent from other risks on assets, such as stocks.