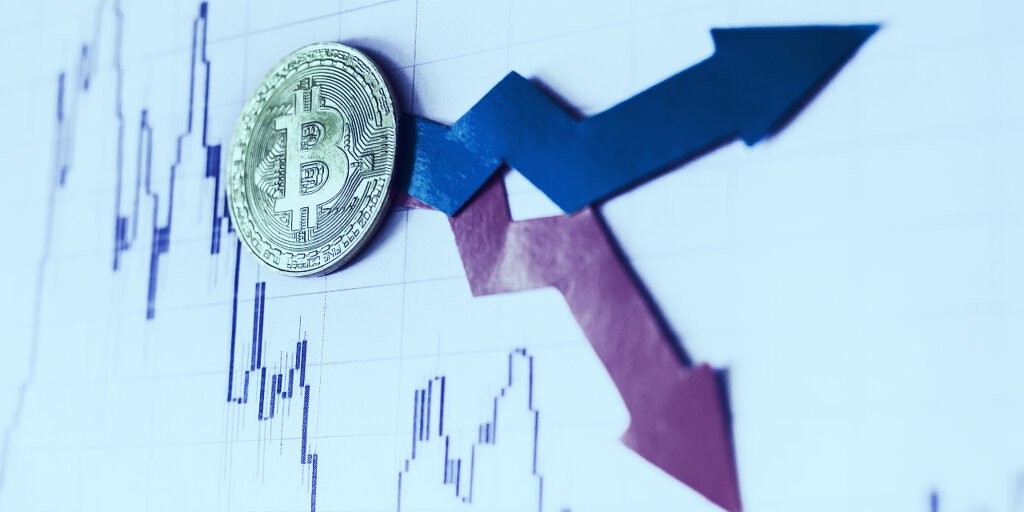 Bitcoin’s market dominance fell to 40.2% this week. Its peak dominance this bull run was 69.7% on January 4. Ethereum, Bitcoin’s closest competitor, dominates 19.3% of the market.

The market dominance of Bitcoin, the largest cryptocurrency with a market capitalization of just under a trillion dollars, plummeted this week to levels unseen since mid-2018.

Bitcoin now commands just 40.2% of the market, a stark change from a long period of mostly uninterrupted market dominance of well over 50% since summer 2019, and yearly highs of 69.7% on January 4.

Market dominance refers to a cryptocurrency’s percentage share of total market cap. The market capitalization of the entire cryptocurrency market—calculated by multiplying all of the tokens in circulation by their price—is $2.25 trillion.

Bitcoin’s dominance fell along with its price this week after Tesla CEO Elon Musk trashed the coin on Twitter, citing concerns with the environmental impact of proof-of-work mining. Following the tweet, Bitcoin’s market cap fell from $1.2 trillion to $916 billion.

Bitcoin’s loss is altcoins’ gain. Ethereum (ETH), the largest altcoin with a market cap of $430.7 billion, now makes up 19.3% of the market.

BNB follows at some distance; its market cap of $91 billion comprises 4% of the market. Cardano (ADA) is next with 3.3%, followed by Dogecoin at 2.9%.

BNB’s dominance fell days later when reports surfaced of an IRS investigation into the coin’s parent company, cryptocurrency exchange Binance, over money laundering and tax evasion. The market cap of BNB lost $150 billion within an hour. It has largely recovered.

Bitcoin’s dominance remained above 80% for the first several years of its existence. Things started that way until dominance sharply dropped below 40% in the summer of 2017.

Back then, the runner-ups were Ethereum, as it is now, and Monero (XMR), a so-called privacy coin that has since slipped to the twenty-sixth largest cryptocurrency, with a market cap of $7 billion.

Bitcoin may be the OG crypto, but its competitors are quickly rising in the ranks.