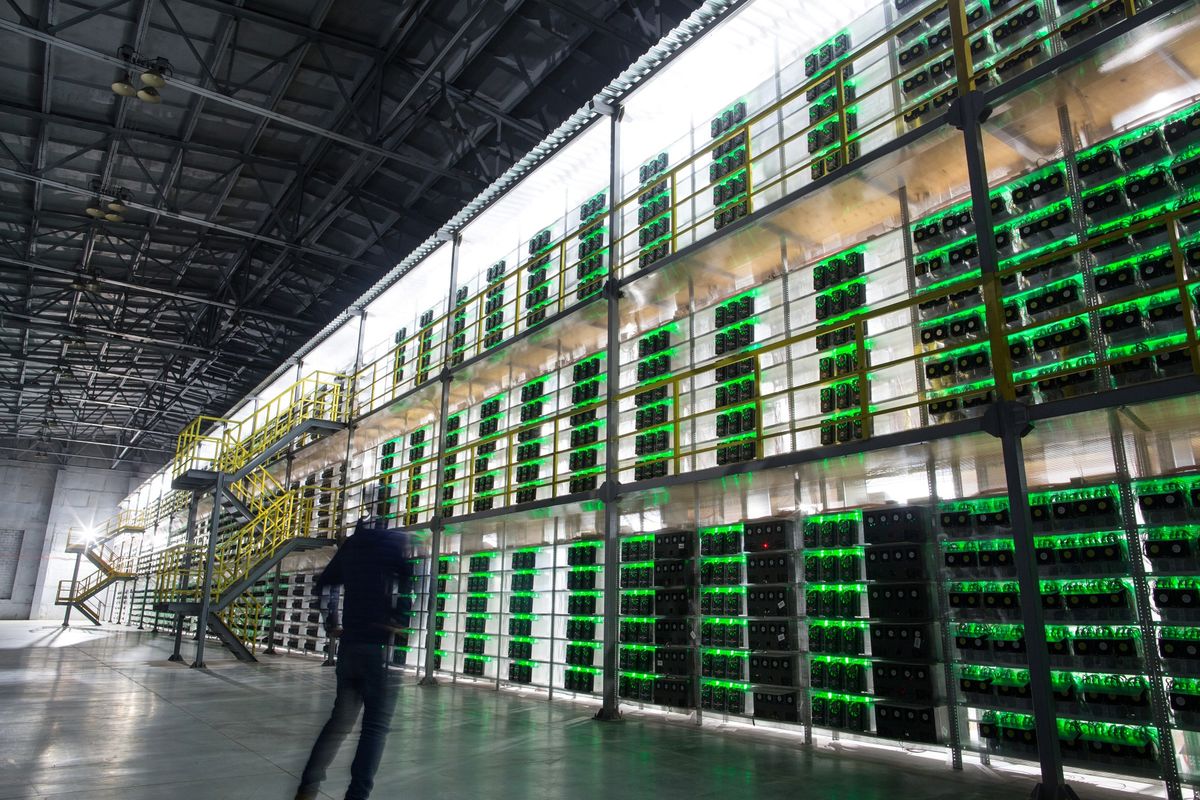 The third-largest oil producer in Russia has joined forces with BitRiver, a bitcoin mining business based in Switzerland, to mine bitcoin utilizing spare resources.

BitRiver will construct the digital infrastructure at the Russian oil fields of Gazpromneft as part of a new partnership. Associated petroleum gas, a kind of natural gas found in oil deposits, will be used to generate the power needed to make crypto.

Gazpromneft will provide energy to BitRiver’s data centers, under an agreement struck at the St. Petersburg International Economic Forum on Friday.

Suggested Reading | CBDC Cybersecurity To Be Tested By Hong Kong, Bank Of Israel And Bank For Int’l Settlements

According to a statement, these energy sources will be located in either new oil wells where the transportation infrastructure has yet to be established, or in remote fields with high transportation requirements.

Notably, BitRiver is not a new player in Russia’s power industry. The 2017-founded bitcoin miner has a 100-megawatt data center powered by renewable energy in Bratsk, Siberia.

Snow sits on the ground outside the the BitRiver Rus LLC cryptocurrency mining farm in Bratsk, Russia. Photographer: Andrey Rudakov/Bloomberg via Getty Images

In April of this year, the U.S. Treasury Department added BitRiver to the Office of Foreign Asset Control (OFAC) list, alleging that the crypto mining company is aiding “Putin’s brutal war of choice.”

BitRiver became the first cryptocurrency mining company to be sanctioned after Russia’s invasion of Ukraine in February of this year.

OFAC further asserts that the crypto mining firm assists Russia in “monetizing its natural resources.” The company has described the action as anti-competitive and unfair and has announced its intention to press charges against the United States government.

Gazpromneft’s business strategy does not include digital currencies, but the oil giant is searching for alternatives that would enable the “beneficial use” of the related gas produced during oil extraction.

Igor Runets, founder and CEO of BitRiver, stated in a memorandum of agreement (MOA):

“Within the next two years, BitRiver plans to implement initiatives to build its own data centers for power-intensive computing with power scaling up to 2 gigawatts, including petroleum gas, which will also provide high and consistent power consumption.”

Although Gazpromneft and BitRiver’s relationship is novel, they were not the first to adopt this concept.

In March of this year, it was announced that Exxon Mobil, the largest U.S. oil company, was testing bitcoin mining operations. Exxon apparently desired to reduce its surplus of burnt gas.

Meanwhile, it remains to be seen if BitRiver’s flared natural gas processes are profitable. JPMorgan analyst Nikolaos Panigirtzoglou projects that the cost of mining one Bitcoin (BTC) has increased to $15,761, resulting in lower profitability for BTC miners as the cryptocurrency’s price drops below $19,000 at press time.