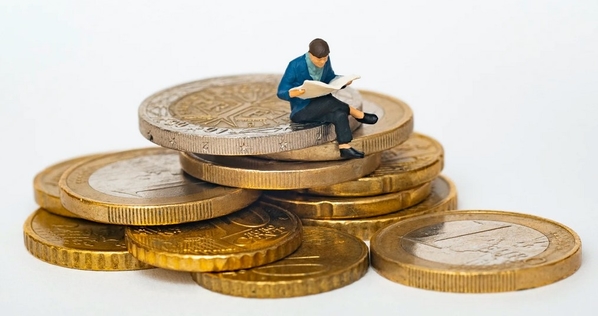 Per a Coindesk report and a regulatory filing with the Securities and Exchange Commission (SEC), investment firm BlackRock has begun trading in Bitcoin futures.  BlackRock has reportedly allocated a small part of its portfolio in BTC on the Chicago Mercantile Exchange financial derivatives platform.

With $8.6 trillion in assets under management (AUM), BlackRock is one of the largest investment firms in the world. In an interview for CNBC, BlackRock CIO Rick Rieder stated in February they had “started to dabble” in Bitcoin.

According to the document, BlackRock invested $6.5 million in 37 futures contracts on the CME BTC-based derivatives. At the time of the allocation, BlackRock’s position was estimated to roughly represent far less than 1% of the firm’s investment fund. The firm claims gains of $360,000 on its initial investment. There is speculation that the contracts expired on March 26.

In the interview, Rieder stated that the current macroeconomic environment has forced investors to look for storehouses of value. Assets such as BTC offer appreciation and hedge against inflation, Rieder added:

My sense is the technology has evolved and the regulation has evolved to the point where a number of people find it should be part of the portfolio, so that’s what’s driving the price up (…). I wouldn’t put a number on the percentage allocation one should have, depends on what the rest of your portfolio looks like.

6% of Bitcoin supply held by institutions

BTC on the rise in the 24-hour chart. Source: BTCUSD Tradingview

Earlier, Goldman Sachs announced the launch of its Bitcoin offering for its wealthiest clients. Comprised of a selection of products including Bitcoin futures and direct exposure to the cryptocurrency, the banking institution stated that they received pressure from their clients.

Something similar claimed Morgan Stanley a few weeks ago when it announced the rollout of 3 funds that will give exposure to BTC for its clients with accounts of more than $5 million. In recent days, cases of institutional adoption of BTC have been on the rise. Many represent a radical change in the institutions’ stance.